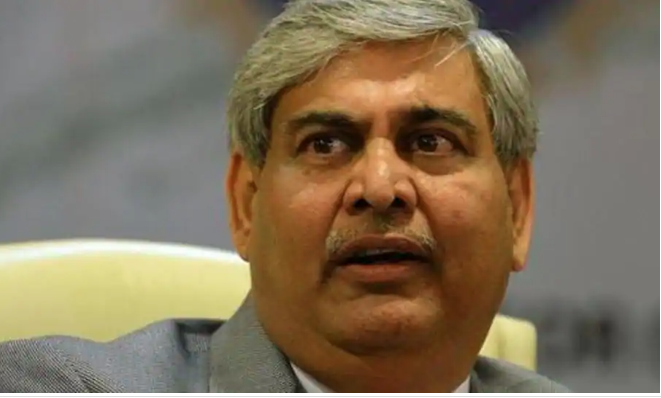 Shashank Manohar on Wednesday stepped down as International Cricket Council (ICC) chairman after two tenures at its helm. Deputy Chairman Imran Khwaja is set to assume the responsibilities of the chairperson until a successor is elected.

The process for the Chairperson election is expected to be approved by the ICC Board within the next week.

ICC Chief Executive Manu Sawhney said: “On behalf of the ICC Board and staff and the whole cricket family, I would like to thank Shashank for his leadership and everything he has done for the sport as ICC Chairman. We wish him and his family all the very best for the future.”

ICC Deputy Chairman Imran Khwaja added: “Everyone on the ICC Board extends their wholehearted thanks to Shashank for the commitment he has shown to our sport. There is no doubt that cricket owes Shashank a debt of gratitude for all he has done for the sport. He has left cricket and the ICC in a better place than he found it.”

Who can replace Manohar as next ICC Chairman?

Pakistan cricket board (PCB) Chairman Ehsan Mani is reportedly considering running for the ICC Chairmanship. Mani also heads ICC’s Finance and Commercial affairs committee, where there is no BCCI representation. BCCI blames Shashank Manohar of wiping out India’s presence from the crucial committee that deals with ICC finances, with the help of Mani. Manohar, after he became ICC Chairman, also scuttled the proposed “Big Three” formula, that would have given BCCI significantly more revenue share from the ICC..

The England and Wales cricket board (ECB) Chairman Colin Graves is the front runner to replace Manohar in July. That is if he gets BCCI support. The Indian board is not revealing its stance, but BCCI president Sourav Ganguly’s name has been doing the rounds for the ICC Chair as well.

If it is decided that the T20 World Cup needs to be postponed, an alternate window will also have to be found for it. Cricket Australia prefers to postpone it to October 2021, but next year is India’s turn to host a T20 World Cup, and BCCI will not want to mess with that.