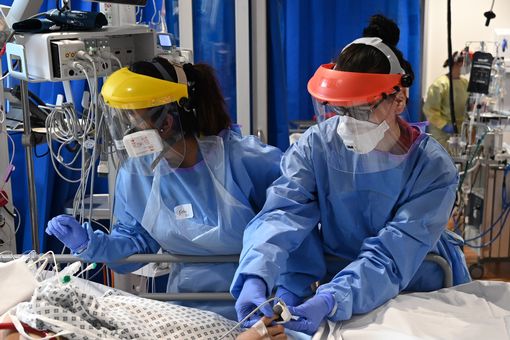 The UK’s coronavirus death toll has risen by 176 in 24 hours to 43,906, according to government figures.

Data from the Department of Health and Social Care (DHSC) showed daily deaths had increased from last Wednesday, when 154 people were reported to have died after testing positive for Covid-19.

It came after the Office for National Statistics (ONS) said on Tuesday that no excess deaths had been registered in England and Wales over a week for the first time since March.

The ONS said there were 65 fewer deaths registered in the week ending 19 June – 0.7 per cent below the average number of deaths for this period over the last five years.

On Wednesday, the National Records of Scotland said the number of excess deaths in Scotland had also fallen below the five-year average for the first time since the UK’s lockdown began. 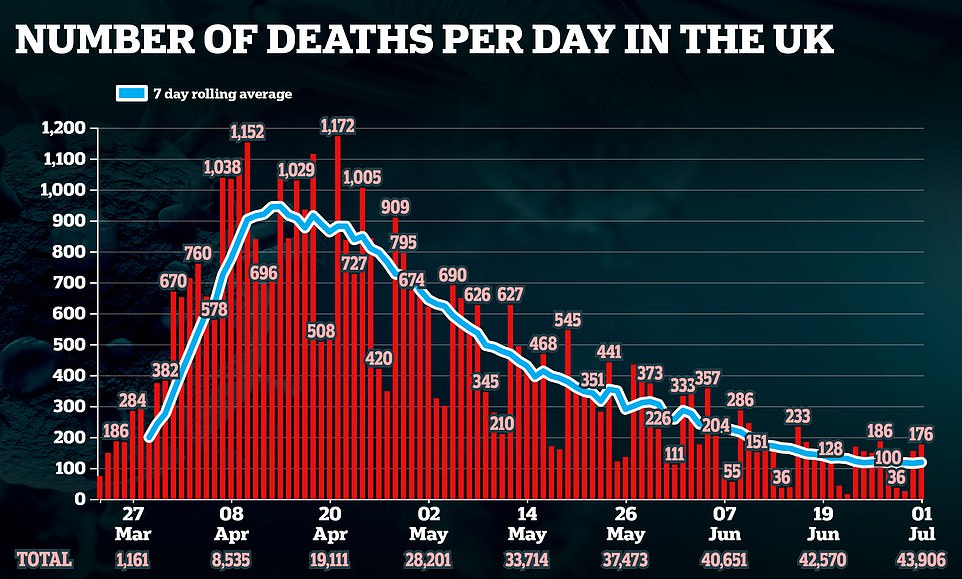 Government figures showed a further 829 people had tested positive for the virus in the 24-hour period up to 9am on Wednesday, bringing the overall total of positive cases to 313,483.

DHSC’s daily update does not include all deaths involving Covid-19 across the UK, which are thought to have passed 54,000.

The data shows deaths in hospitals, care homes and the wider community involving people who have tested positive for coronavirus.

Officials will be closely monitoring the daily rate of cases and deaths amid concerns about a resurgence of the virus which could lead to tough restrictions being reimposed. 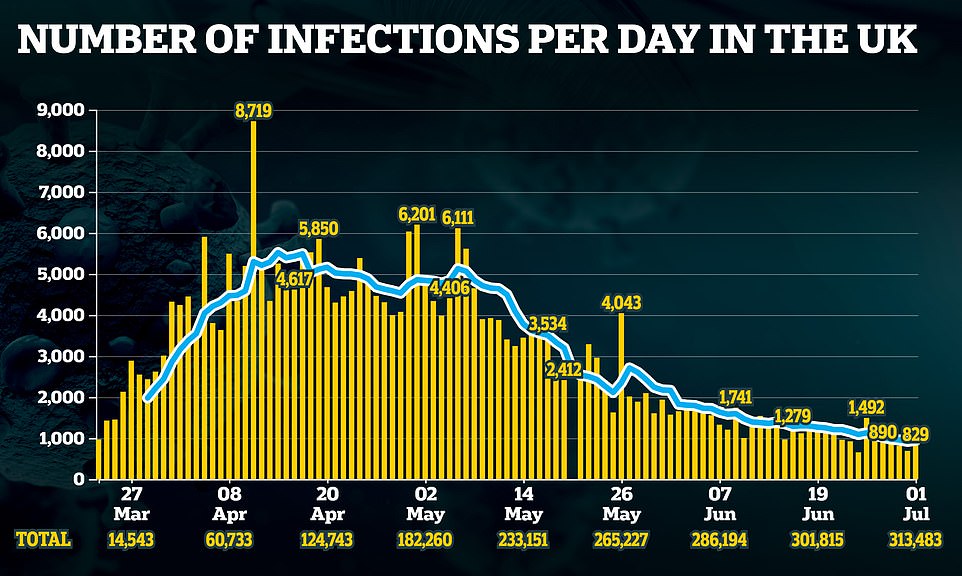 Earlier this week, the government announced that Leicester would be the first city to be placed into a local lockdown following a surge in Covid-19 cases. Professor Neil Ferguson, a former scientific adviser to the government, said on Wednesday that more localised lockdowns in the UK were “inevitable” as he warned the country was still in the early stages of the pandemic.

“That’s a very variable process from place to place. That means in some places where there are too many contacts, we’ll get clusters of transmissions.