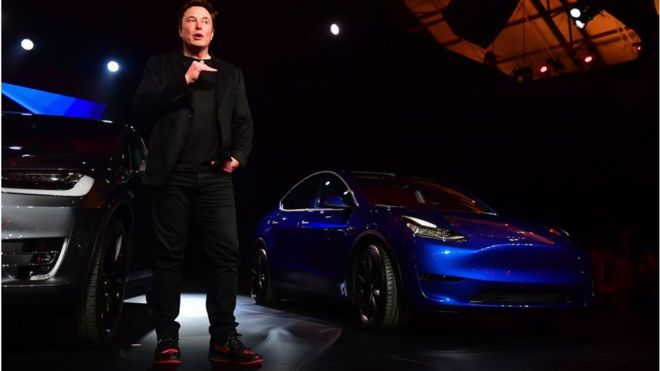 Tesla has become the world’s most valuable carmaker, overtaking Japan’s Toyota, after its stock hit a record high.
Shares in the electric carmaker touched $1,134 on Wednesday morning before falling back, leaving it with a market value of $209.47bn (£165bn).

However, Toyota sold around 30 times more cars last year and its revenues were more than 10 times higher.

Shares in Tesla have surged since the start of 2020 as investors have begun to feel more confident about the future of electric vehicles, BBC reported.

That is despite its founder Elon Musk having wiped $14bn off Tesla’s value in May after tweeting that its share price was too high.

After years of losses, the Californian firm has also delivered three profitable quarters in a row and maintained that momentum during the first three months of 2020 despite the coronavirus outbreak.
Toyota, however, remains a far larger business in terms of sales.