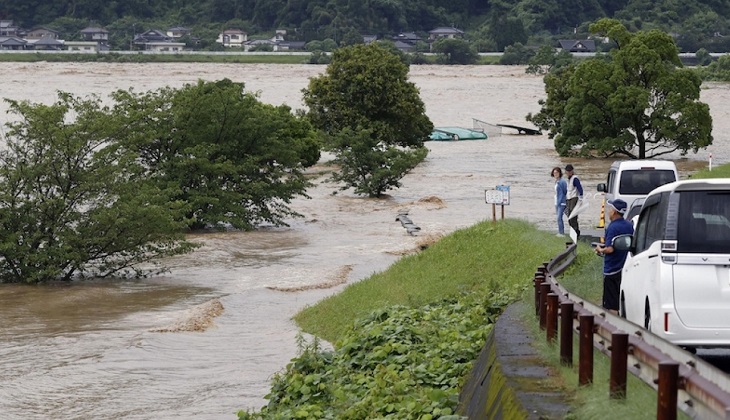 Fourteen people were feared dead after a nursing home was flooded in western Japan on Saturday as record heavy rain hit the region, a local governor said.

The victims were found “in cardio-respiratory arrest” at the facility for elderly people that was inundated after a nearby river broke its banks, governor Ikuo Kabashima from the western region of Kumamoto told reporters.
Authorities in Japan use that term before a doctor officially certifies death.