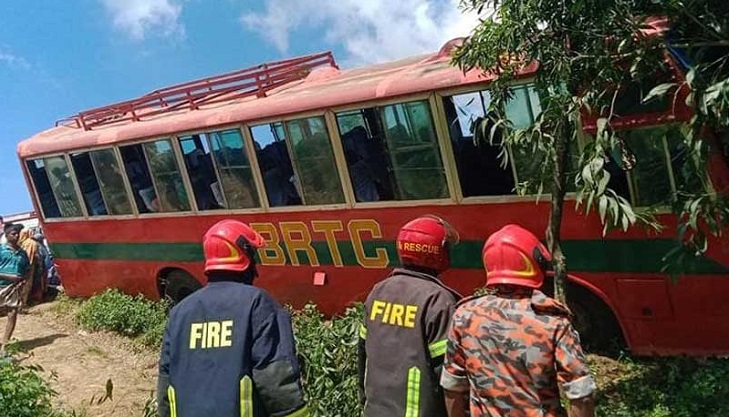 At least 5 people were killed and several others injured as a bus knocked down an auto van in Birganj upazila of Dinajpur district on Monday noon.

Three of the deceased were identified as Nasimon, 50, her son Nayeem, 14, and her daughter Rupa, 8. All the deceased were passengers of the auto van.
The accident took place at 2:00 pm in the upazila’s 25 Mile area on Dinajpur-Thakurgaon highway.