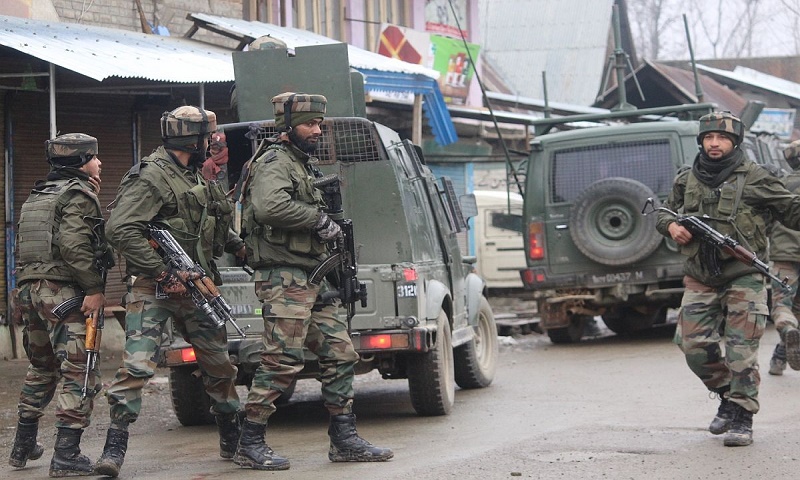 An army soldier was killed and a security personnel got injured in an encounter with terrorists in Jammu and Kashmir’s Pulwama district on Tuesday. One terrorist was shot dead, police said.

According to reports, a joint operation was launched on Monday night at Gasoo, Pulwama by the Jammu and Kashmir Police, the Central Reserve Police Force (CRPF) and the army on credible input.
While the cordon was being put around the target house, the operation party came under fire in which one policeman and one army soldier got injured. The injured army soldier later succumbed to his injuries. The Police special operation group soldier has been shifted to hospital.

2020-07-07
Mr. Admin
Previous: Four missing as boat capsizes in Padma river
Next: Husband, wife among 3 killed as car plunges into ditch in Comilla