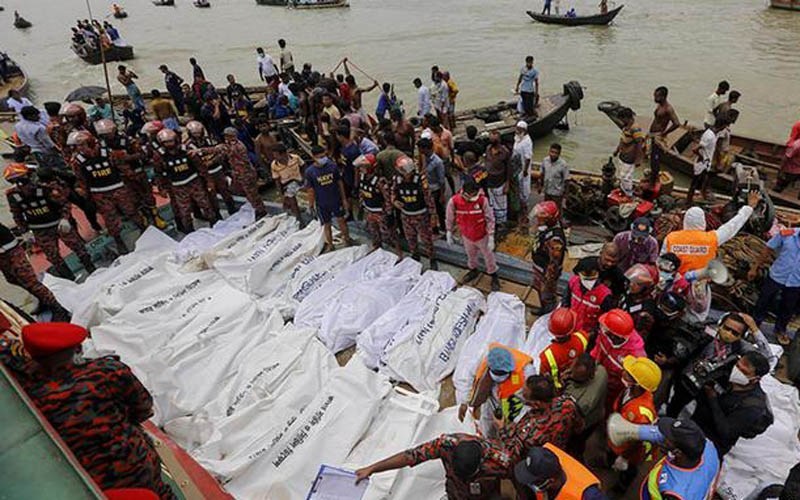 Rapid Action Battalion (RAB) has arrested the master of ‘Mayur-2’ launch in a case filed over the June 29 crash and capsize of a smaller launch in the Buriganga River that killed 34 people.

Abul Bashar Mollah was arrested from South Keraniganj on Sunday night, Sujoy Sarker, assistant director, Legal and Media wing of RAB said.
Further details regarding the arrest will be disclosed at a media briefing at the RAB media centre later in the day, he said

Thirty-four people were killed when a small launch, named ML Morning Bird, sank in the Buriganga, after much larger Mayur-2, while being in reverse, horrifically crashed into it near Farashganj Ghat in Dhaka on June 29.

Seven people including the master were named in the case, while several unknown individuals were also made accused.