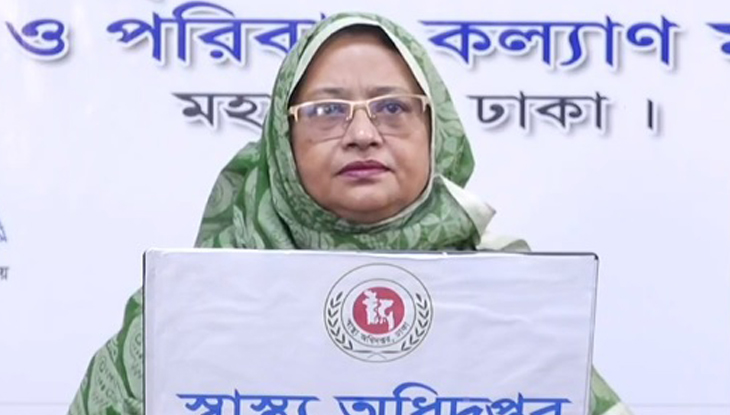 Bangladesh on Monday saw the detection of another 3,099 coronavirus patients in 24 hours, raising the total number of infections to 1,86,894.

During the period the country registered death of 39 new victims which increased total number of fatalities to 2,391.

Health authorities reported that another 4,703 people have recovered from the disease in a day, taking the total number of recoveries to 98,311.

Additional Director General of the Directorate General of Health Services (DGHS) Prof Dr Nasima Sultana came up with the disclosure at its daily health bulletin.

Of the deceased, 30 were men and nine women. Of them, 19 were from Dhaka, five from Chattogram, seven from Khulna, three from Barishal, two each from Sylhet and Rangpur, and one from Mymensingh divisions.

Thirty-four of them died in different hospitals and five at their respective homes.

The detection rate of new patients on Friday has been recorded 24.95 percent while the overall rate of infection since March 8 is 19.61 percent.

Against the total number of detected cases, the recovery rate is 52.61 percent and the mortality rate is 1.28 percent in the country.

Dr Nasima highlighted that so far, 1890 male and 501 female died from the deadly disease.