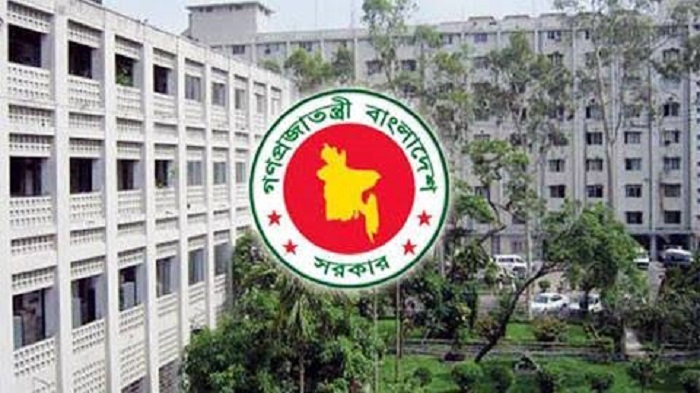 The government has decided not to allow any government officials to leave workplaces during the upcoming Eid-ul-Azha holiday amid the coronavirus pandemic in the country.

The decision was taken during a virtual meeting of the Cabinet with Prime Minister Sheikh Hasina in the chair.

The premier joined the meeting through a videoconference from her official residence Ganobhaban while seven ministers and some top bureaucrats were connected from Bangladesh Secretariat.

Sources in the Cabinet Division said that the cabinet meeting was held virtually for the first time.

The last cabinet meeting was held at Parliament Secretariat just before the placing of the proposed Tk 5.68trillion budget for the 2020-2021 fiscal year.

At a briefing after the meeting, Cabinet Secretary Khandker Anwarul Islam said the government decided not to extend the three-day Eid holiday.

“The three-day Eid holidays will not be extended further and officials can not leave their respective workplaces or headquarters during the upcoming Eid-ul Azha holiday,” he said.

The Cabinet in principle also approved a draft of the Sheikh Hasina Medical University, Khulna Bill 2020 to establish a medical university in Khulna division, aiming to expand the facilities of medical education, research and healthcare services there.

The move came as part of the government’s plan to set up a medical university in each division of the country.

All government and private medical colleges, dental colleges, nursing colleges and institutes and other medical institutes related to medical education in Khulna division will be affiliated to the proposed medical university, he said.

Islam said with the establishment of the proposed university, the quality and facilities of medical education and research as well as healthcare services would be improved and expanded.

Besides this, the Cabinet also endorsed the draft of a proposed agreement for establishment of diplomatic ties between Bangladesh and Palau, an archipelago in the Western Pacific Ocean.

About the cabinet decisions taken in the first quarter of this year, Anwarul said around 65 percent decisions were implemented from January-March this year.

“As many as 46 decisions out of 71 have already been executed, while remaining 25 others are at the implementation stage,” he added.