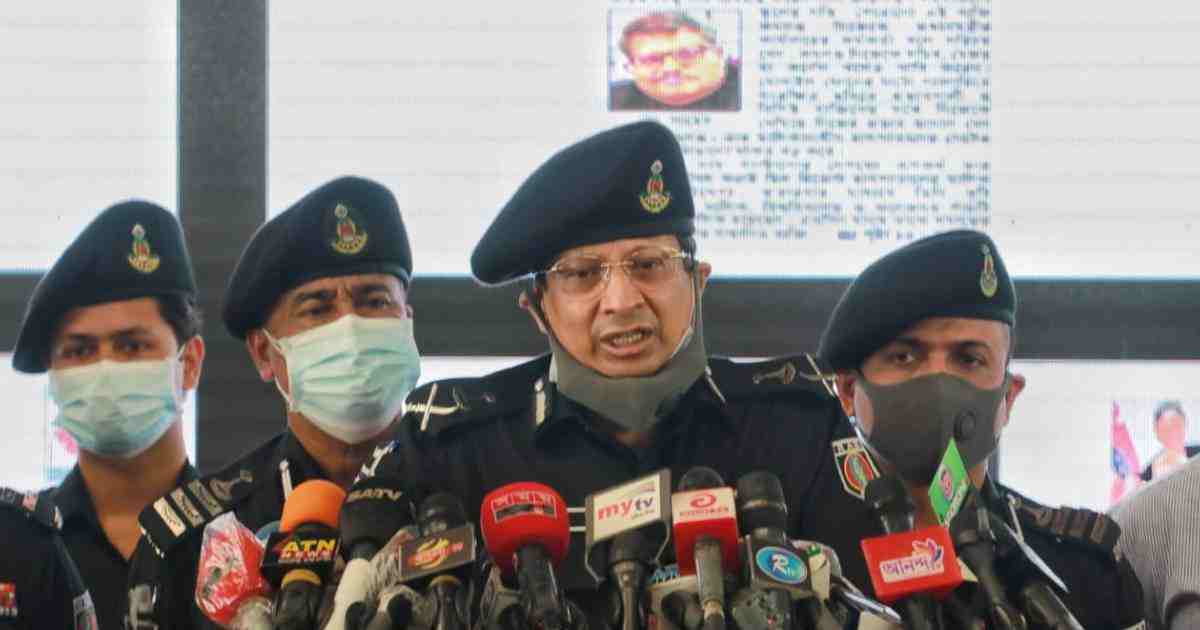 The Rab DG disclosed the information while briefing reporters at its headquarters on Wednesday afternoon.

Earlier, Rab arrested Masud Parvez from Kapasia in Gazipur on Tuesday evening, he said adding that during preliminary interrogation,  he gave information about possible hideout of Shahed.

Based on his statement, the intelligence wing of Rab with the help of Rab-6 conducted drives at frontiers of Satkhira on Tuesday night and arrested Shahed from Debhata while he was trying to flee to India, he added.

The DG said that Shahid was brought to Dhaka in the morning.

Rab conducted a drive at another office of Shahed in Uttara at noon and recovered fake currency of Tk 1.46 lakh, he said.

Shahed used to introduce himself as a retired army officer and high officials. He was also trying to establish himself as a person with clean image, said the Rab official.

“But he was a fraud and clever person. He has earned a lot of money through MLM business. We came to know through various media that around 50 cases were filed at different police stations across the country against him. We are verifying those,” he said.

Replying to a question, the DG said he went to different areas, including Cox’s Bazar, Dhaka, Cumilla and Satkhira in the last nine days to avoid arrest.

Shahed was handed over to Dhaka Metropolitan Police as the Detective  Branch has been investigating the case which was filed at Uttara West Police  Station  on July 7 in connection with issuing fake coronavirus certificates from Regent Hospital.

Rab members also recovered a firearm and some bullets from his possession.

Regent Hospital Chairman Shahed had been on the run after the law enforcers raided the Mirpur and Uttara branches of Regent Hospital on July 6 on charge of issuing fake Covid-19 certificates and charging the admitted patients exorbitant fees.

The Regent Group head office along with both the hospitals was sealed off and 16 people, including the chairman, were sued on charge of issuing fake coronavirus test reports.

Besides, a case was filed against Shahed on July 14 on charge of embezzling more than Tk  91 lakh from a transport exporter in Chattogram.