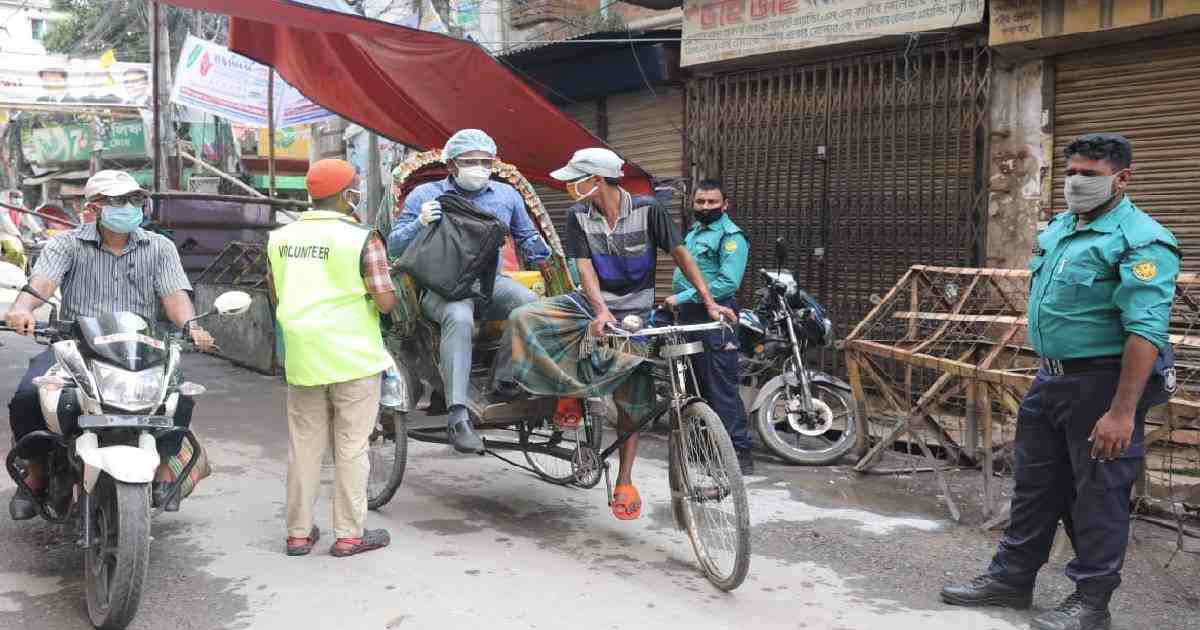 The daily Covid-19 infection rate in Bangladesh has spiked to 25.23 percent as the country is struggling to control the deadly virus with its major cities and towns, including Dhaka, registering high numbers of cases.

The country’s health authorities on Wednesday confirmed the detection of 3,533 new patients after conducting 14,002 tests in the last 24 hours that means one in every four tests was found positive.

During the period, another 33 patients lost their lives to Covid-19, raising the death tally to 2,457 in the country. The mortality rate is now 1.27 percent.

She mentioned that another 1,696 people have recovered from coronavirus, bringing the total number of recoveries to 1,05,023. “The recovery rate in the country is now at 54.25 percent.”

As of Wednesday, more than 1,200 patients in Dhaka division died from coronavirus.