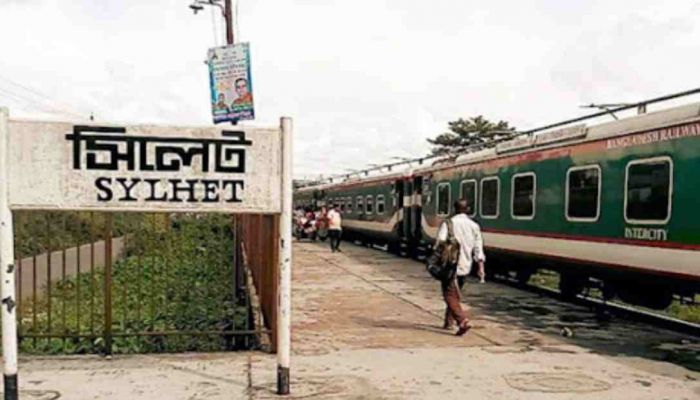 Bangladesh Railway (BR) will undertake another project to upgrade Dhaka-Sylhet corridor for no progress in a similar costly ongoing project, sources said.

The Tk 161.04-billion Akhaura-Sylhet project to convert the single-line metre-gauge track into a single-line dual-gauge one was taken in 2018.

The project was undertaken at the instruction of the government high-ups amid opposition from the state-controlled rail-track developer.

The Executive Committee of the National Economic Council approved the project on April 09, 2019, allowing to convert a 225-kilometre metre-gauge line into a 239-km dual-gauge line.

China came up with 66.7-per cent financial support for the project.

Official sources said the BR decided to conduct a feasibility study on the upgradation of the Dhaka-Sylhet corridor with dual-gauge double line in a meeting last month.

Although the BR was always in favour of developing the corridor into dual-gauge double line, they said, the recent move on the study was taken following request from four ministers.

They were planning, foreign, environment, forest and climate change, and expatriate welfare and overseas employment ministers.

In separate letters in 2019, they requested the railways ministry to consider the demand for better upgradation of the corridor vital for tourism and trade.

The ministers placed the demand for upgrading the Akhaura-Sylhet corridor to allow the BR to operate modern trains with standard facilities on Dhaka-Sylhet and Sylhet-Chattogram routes.

They also suggested establishment of double line instead of single line which was taken under the existing project.

Although the conversion project is included in BR’s annual development programme for fiscal year 2020-21, sources said, no fund was allotted for it in last fiscal.

There was no progress since the project was approved.

The Akhaura-Sylhet project had taken a lot of flak for setting per-kilometre tract conversion cost at five to six times higher than that of similar rail projects.

The BR assessed the cost of developing per-km dual-gauge track between Dhaka and Narayanganj at Tk 87.50 million, Ishwardi and Dhalarchar, and Pabna route at Tk 68.3 million.

The cost of the Akhaura-Sylhet conversion project was assessed at Tk 670 million.

Sources said the spending on the current conversion project would be useless if the study finds it feasible to upgrade the line into dual-gauge double line.

“Double-line rail track is always in demand in the current circumstances,” said a competent source.

All things considered, the BR has already dropped the study on establishing Akhaura-Sylhet dual-gauge double-line track by a technical project under a package.

It has now decided to take a separate technical project.

The new project will carry out the feasibility study and work on a detailed design.