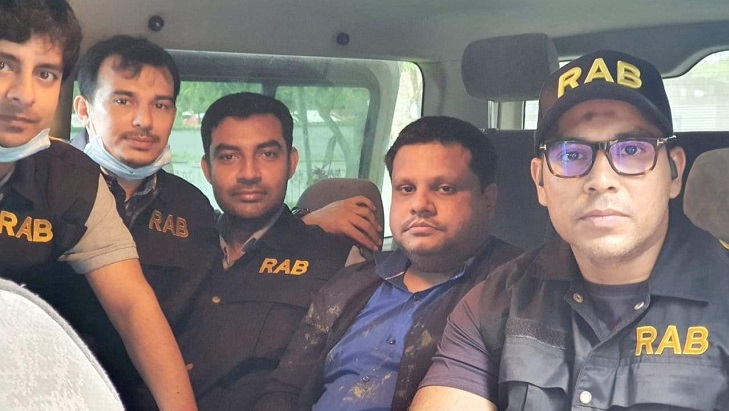 Members of Rapid Action Battalion (RAB) are conducting a drive at Uttara area in the capital with arrested Regent Hospital Chairman Mohammad Shahed.

The elite force started the operation in the morning at a flat of House-62, Road-20, Sector-11 in Uttara of the capital.
It was Shahed’s second office, RAB did not know the information earlier, Lt Col Ashik Billah, director (media) of RAB Headquarters, told media.

Shahed informed about the flat in a confessional statement to RAB, Ashik Billah said.

Shahed was brought back to Dhaka around 9:00 am in a helicopter of the Air Wing of the elite force.

Briefing reporters at Tejgaon helipad in the capital, Additional Director General (ADG) of RAB Col Tofael Mostafa Sarwar said the elite force had been following Shahed for the last nine days to arrest him as he was frequently changing his locations.

Based on secret information, a team of RAB intelligence wing with the help of local Rab-6 Battalion arrested Shahed from a boat while he was trying to flee to the neighbouring country, he said.