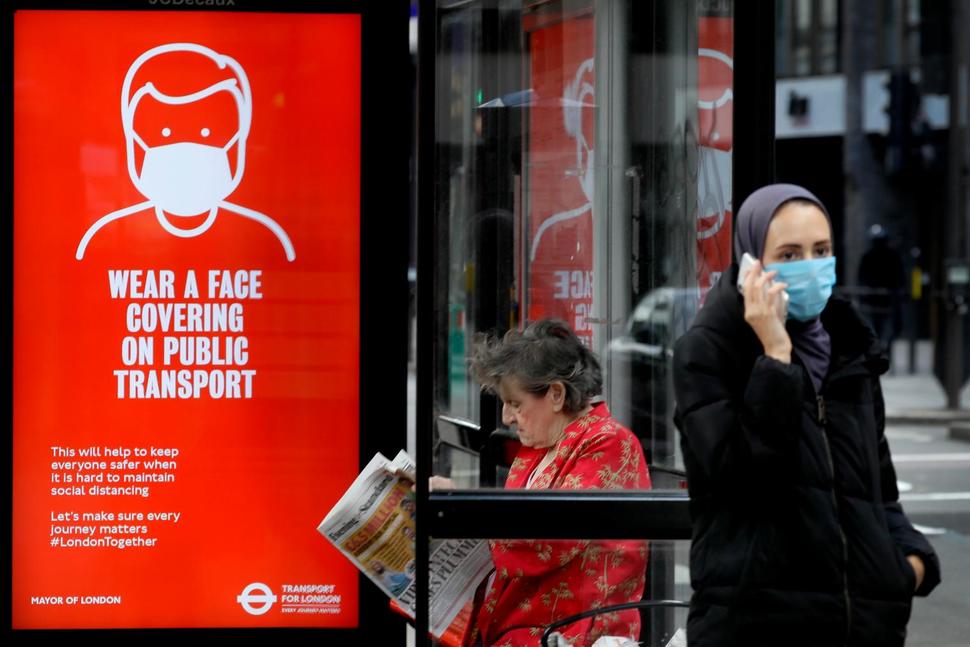 Earlier today, figures showed 24 coronavirus patients had died UK hospitals – just over half the daily number announced a week ago.

This includes 22 deaths in England and two in Wales.

Earlier Scotland confirmed zero fatalities for the seventh day in a row, and there were no Covid-19 deaths in Northern Ireland.

Of the fatalities announced in England this afternoon, 16 happened in the past 10 days, the NHS said.

A week ago, on July 8, 47 people died in UK hospitals after testing positive for Covid-19, while two weeks ago that figure was 57. 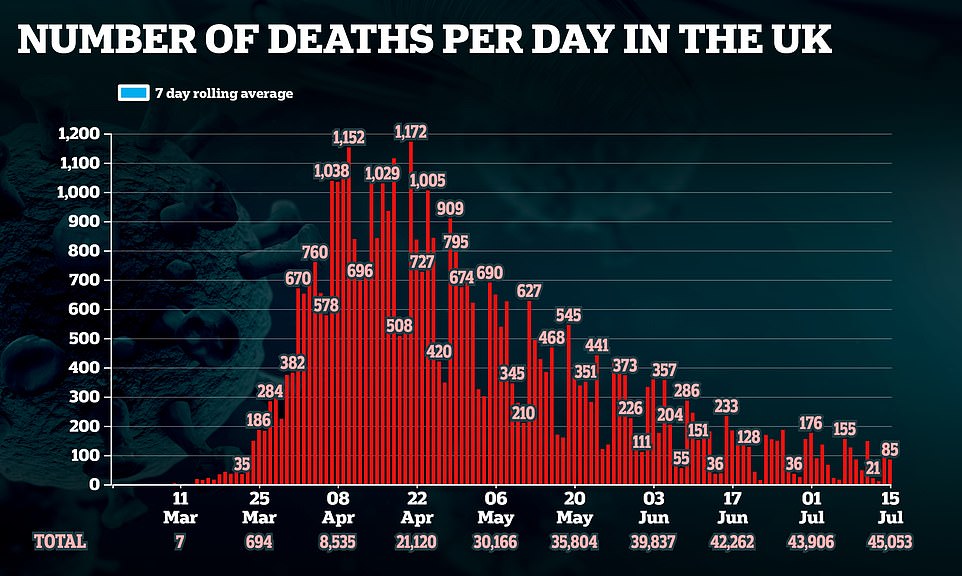 Scottish First Minister Nicola Sturgeon welcomed data showing no-one has died from coronavirus for a week in Scotland, but called on people to keep sticking to social distancing rules to prevent a fresh outbreak.

Patients who died in England were aged between 54 and 93 years old, and all had underlying health conditions.

In spite of the overall fall in deaths, at least one person died in each region, NHS England revealed in a statement.

The number of fatalities in each region were: 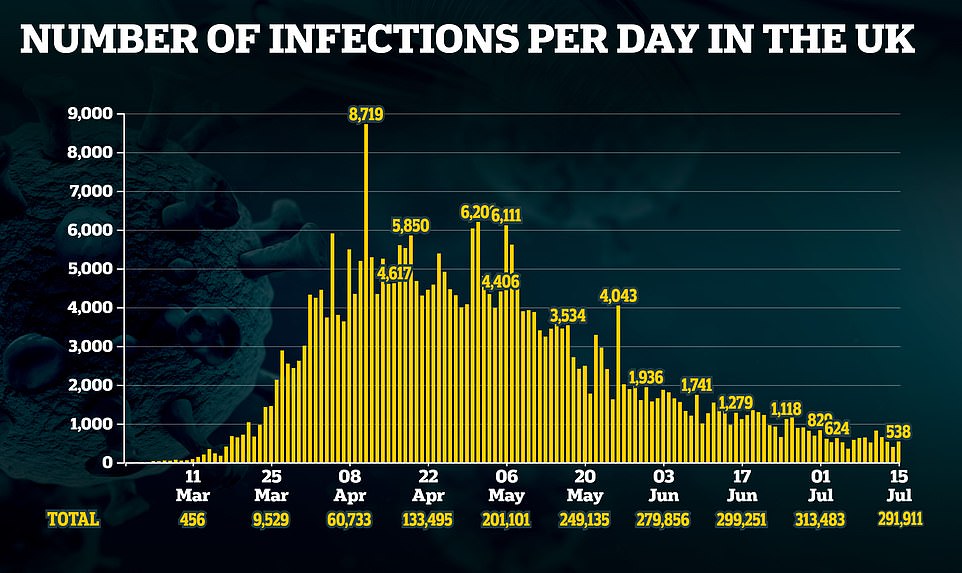 Yesterday a further 138 deaths from Covid-19 were recorded in the UK, bringing the official overall death toll to 44,968.

But it is believed that the true figure could be around 56,000.

Of the fatalities reported yesterday, 134 were in England, with two apiece in Wales and Northern Ireland.