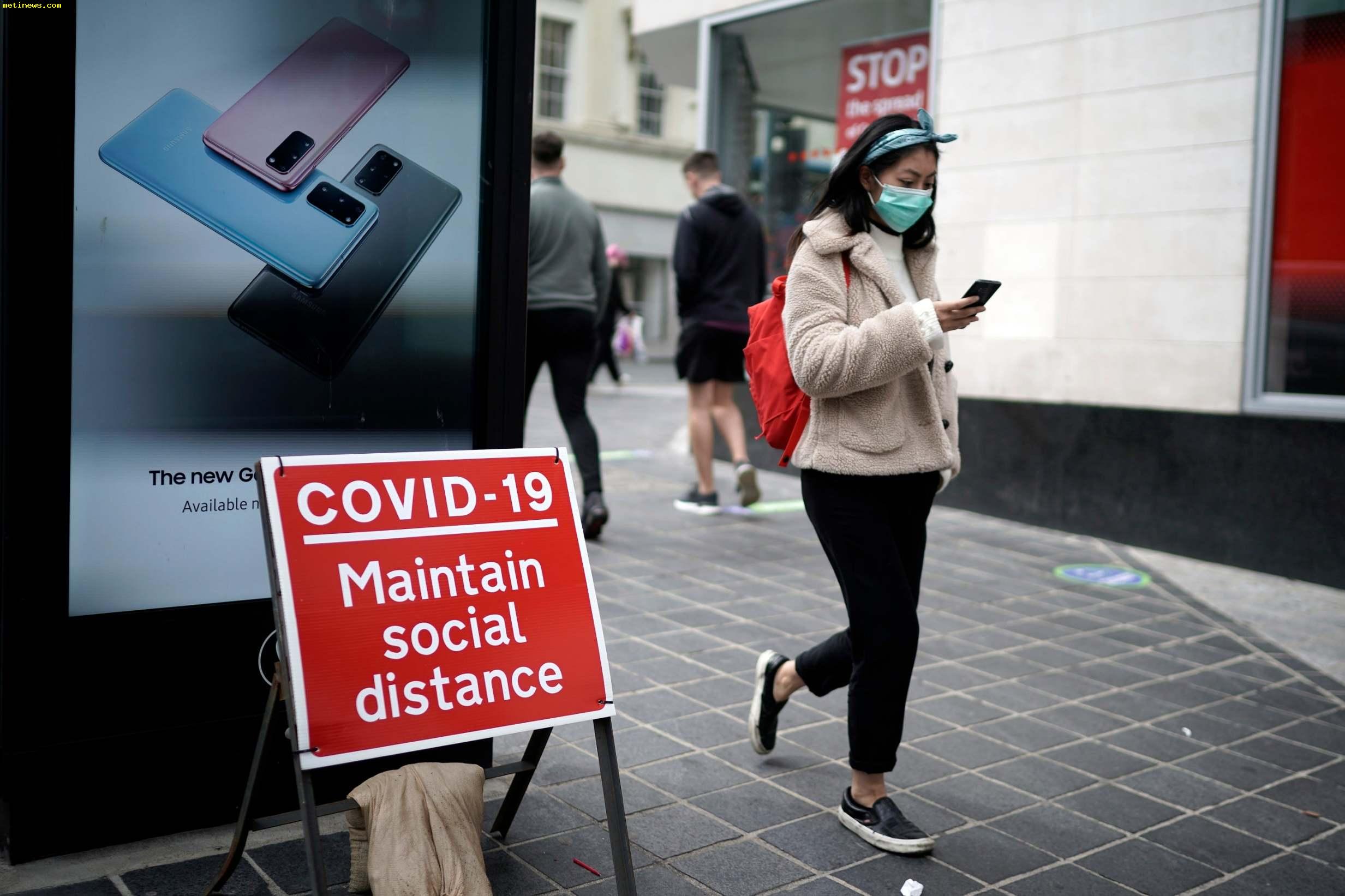 London Office : The UK’s official coronavirus death toll has risen by 66 in the past 24 hours.

This is the lowest Thursday death toll since lockdown began in March but the number of newly confirmed cases reported today is the exact same as this time last week.

The total recorded deaths across all settings is now at 45,119, the Department of Health said today. This includes hospitals, care homes and the community.

There were 642 new cases of coronavirus confirmed with a positive test in 24 hours -the exact same number as was reported as week ago on Thursday, July 9.

As of 9am today, this bring the total to 292,552 cases of coronavirus confirmed with a positive test in the UK. 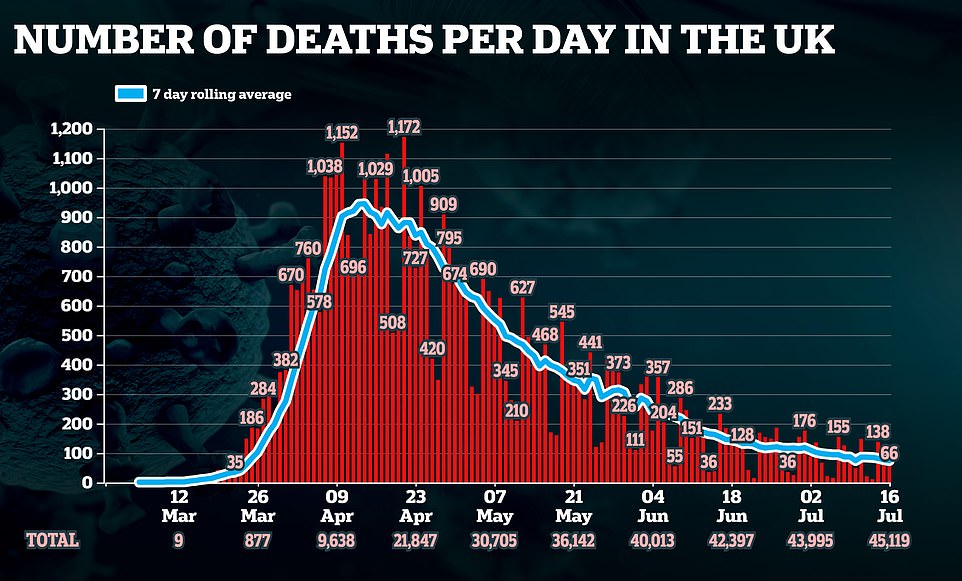 This all suggests a steady but slowing rate of decline, as the virus continues its stubborn presence despite the UK being on the other side of the initial peak.

Today is the second day in a row in which the daily death toll in all settings is below three figures, after Tuesday’s total of 138.

Earlier today, the death toll for hospital settings only increased by 20.

This was the lowest rise on a Thursday in lockdown and take the hospital death toll to 33,736.

Wales and Northern Ireland reported no new deaths as the number of fatalities continued to trend downwards.

In England, no deaths were reported in London and the South West in the previous 24 hours in hospitals.

The biggest rise in the coronavirus death toll on a Thursday was 891 on April 9, when the UK going through the peak of its outbreak. 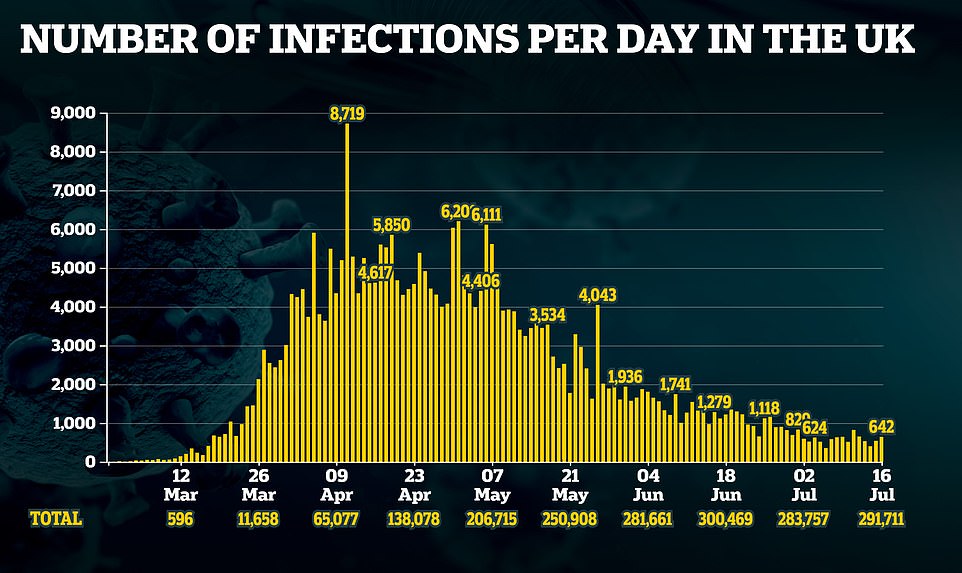 The Government’s official toll passed 45,000 fatalities in all settings, including care homes, on Wednesday, but the true toll is believed to be closer to 56,000 based on the latest death certificates mentioning Covid-19, including suspected cases.

The patients were aged between 52 and 91,and all had known underlying health conditions.

The East of England reported the most deaths (6) in the previous 24 hours, while London and the South West both had zero fatalities.

Five deaths occurred in the North West, four in the North East and Yorkshire, and two each in the Midlands and South East.

She said that while “even one death is of course one too many”, to have had just one registered fatality of a confirmed case in eight days is “a sign of the progress we have made”.

Announcing the latest coronavirus statistics, she said 2,491 patients have now died in Scotland after testing positive for Covid-19 and 18,384 people have tested positive for the virus – which is up 11 from Wednesday.

Public Health Wales announced no new deaths, as that country’s toll remained at 1,545.

It said there were 18 new confirmed cases of the virus, bringing the total to 16,871.

Northern Ireland’s death toll stood at 556 as it reported no new fatalities for the third consecutive day.

Man charged with murder after fatal stabbing in Enfield

UK coronavirus cases rise by 2,621 in 24 hours as another nine deaths recorded