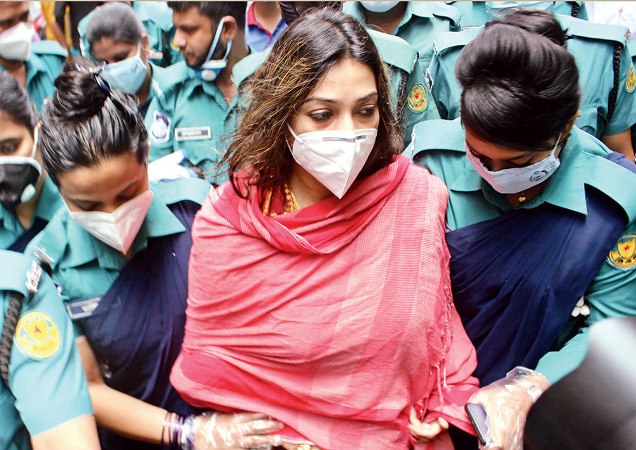 Police arrested Dr Sabrina, about three weeks after the scam came to light, on July 12.

Meanwhile, the health ministry suspended Sabrina from the post of registrar doctor at the National Institute of Cardiovascular Diseases for violating rules in the same day.

On June 24, police had arrested her husband and JKG Chief Executive Officer Ariful Chowdhury and four others for their alleged involvement in issuing fake Covid test reports.

Four cases have already been filed against JKG Health Care on various charges including fraudulence.

Earlier on July 11, the Directorate General of Health Services (DGHS) cancelled the permission for JKG Health Care to collect samples over allegations of irregularities and corruption.