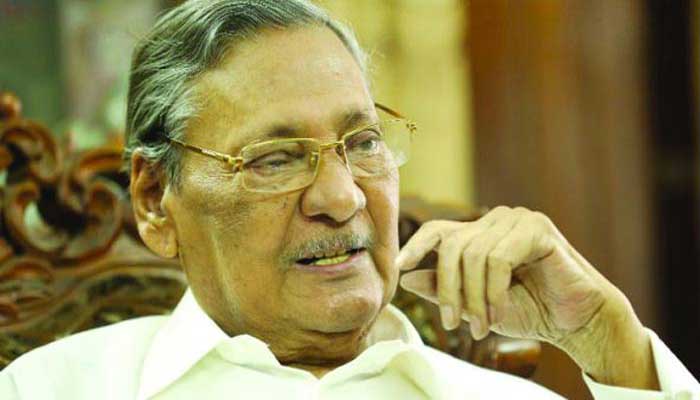 Educationist Professor Emajuddin Ahmed died in a hospital in the capital from brain haemorrhage on Friday morning. He was 88.

He breathed his last at the Intensive Care Unit (ICU) of LabAid Hospital at 5.45 am while undergoing treatment.
Emajuddin Ahmed, a former vice-chancellor of Dhaka University, fell sick at 2.30 am and was taken to the Lab Aid Hospital in Dhanmondi after he suffered a stroke, said BNP Executive Committee member Abu Naser Muhammad Rahmatullah.

The professor will then be buried next to his wife in the Mirpur Martyred Intellectuals’ Graveyard.

Ahmed, a political scientist, was born in 1932 in Maldaha and his family moved to Chapainawabganj after the partition of India.

After completing his early education in Rajshahi, he finished post-graduation in political science and began to teach at Rajshahi College. Following higher studies abroad, Ahmed joined the Political Science Department of Dhaka University in 1970.

Prof Emajuddin served as the 21st vice chancellor of Dhaka University, from 1992-1996. He continued teaching after his retirement in 1998.
He was awarded the Ekushey Padak in 1992 in the education category.