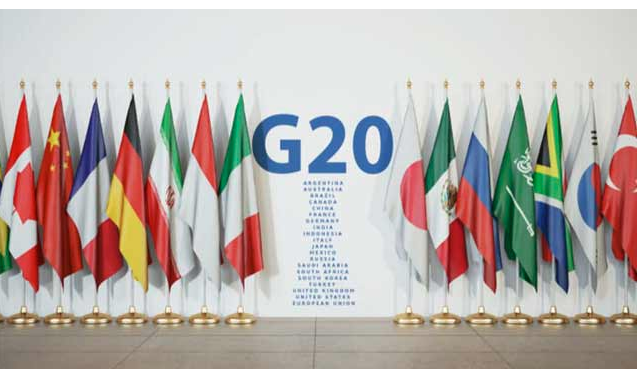 The global business, workers and civil society have called for comprehensive emergency debt relief to enable all countries in need to combat the COVID-19 pandemic.

In this regard, the ICC, ITUC and Global Citizen call for greater action by G20 Governments on sovereign debt relief.
In an open letter issued on July 16, the International Chamber of Commerce (ICC), the institutional representative of over 45 million businesses, the International Trade Union Confederation (ITUC), the global voice of the world’s working people and Global Citizen, a movement of engaged citizens who use their collective voice to end extreme poverty by 2030, have urged G20 Finance Ministers to build on previous efforts to deliver a truly comprehensive sovereign debt package at their meeting later this week, said a press release.

The letter builds on an earlier intervention by the global coalition in April in advance of the IMF/World Bank Spring Meetings.

Noting the progress made since – including replenishment of the IMF’s Catastrophe Containment and Relief Trust and the establishment of the Debt Service Suspension Initiative (DSSI) – the letter called for an extension of the DSSI to April 30, 2022 and a broadening of its eligibility criteria to encompass lower-middle and middle-income countries.

The press release said making the case for expanding the DSSI just three months after its creation, the three global organizations point to the worsening economic outlook for the global economy – and growing concern that debt burdens may compromise efforts to contain the pandemic and keep local economies afloat.

The letter stated, “Any such plan should be bold enough to address the barriers that sovereign debt burdens present toward pandemic containment—while enabling a global recovery that priorities health resiliency, decent work and growth of the real economy.”

Joining forces in their call for urgent, coordinated action on debt, John W.H. Denton AO, ICC Secretary General, Sharan Burrow, ITUC General Secretary and Michael Sheldrick, Chief Policy and Government Affairs Officer of Global Citizen wrote, “Removing the spectre of sovereign debt from pandemic containment and the economic crisis is an absolute imperative to business, workers and citizens throughout the world. The required investment from the world’s leading economies is minute compared to the social and economic costs of inaction.”
Speaking to the concerns of global business, John Denton said that there is a clear business case for a new package of debt relief measures – to ensure macro-economic stability, preserve productive capacity, and enable global containment of the pandemic.

Reflecting concerns that the effectiveness of the DSSI may be compromised by the limited participation of multilateral banks and bondholders in such efforts to date, the letter also highlighted a number of measures that the G20 could take to enable collective participation from all creditors in providing relief to any country in need as a result of the coronavirus pandemic.

2020-07-19
Mr. Admin
Previous: Six types of Covid-19 uncovered by scientists – each with a ‘cluster’ of symptoms
Next: UK Princess Beatrice’s wedding photos released