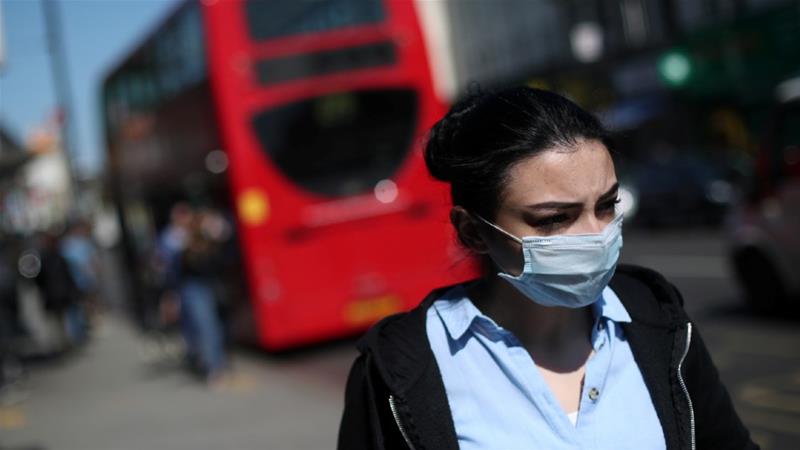 CORONAVIRUS fatalities in the UK have risen to 45,752 after 14 more died in the lowest rise on a Sunday since lockdown began.

Today’s coronavirus death tally is lower than it was yesterday when 61 more people died from the bug.

And it is the lowest rise on a Sunday since lockdown began – beating last Sunday’s jump of 27.

The highest jump recorded on a Sunday during the pandemic has been 686, logged on April 12, when the virus was at its peak.

Zero new deaths were recorded in Scotland today for the tenth day in a row.

In Wales, one further death was recorded, bringing their new tally to 1,549.

Northern Ireland is no longer publishing its coronavirus statistics over the weekend.

In English hospitals, the total number of Covid-19 deaths rose to 29,281 today – up nine from yesterday.

NHS England confirmed the patients were aged between 36 and 89 years old and all had known underlying health conditions.

The daily death toll tends to be lowest during the weekend than weekdays due to a lag in reporting. 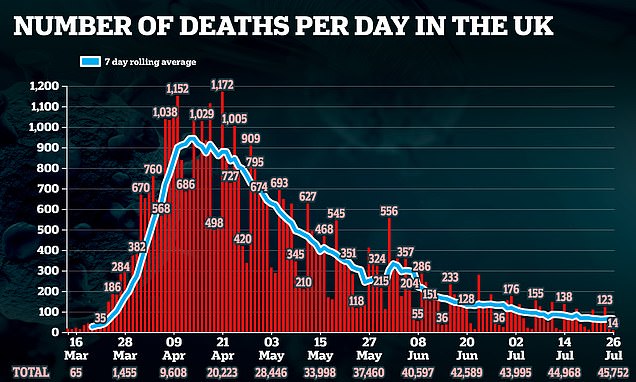 The Department of Health has not confirmed today’s new death figures reported by PHE as Matt Hancock has called for an urgent review into how health chiefs calculate those killed by the bug.

Today’s figures come as Brits travelling from Spain are scrambling to make arrangements after the travel rules on quarantine changed with little warning.

The Foreign Secretary also admitted that countries could be removed from the UK’s safe travel list with very short notice.

The Government made the announcement last night that Brits returning to the UK from Spain must quarantine for 14 days.

After a spike in coronavirus cases in Spain, holidaymakers in the country – including island hotspots like Majorca and Ibiza – will now be forced to quarantine for two weeks upon returning home to the UK.

The Foreign Office has also warned against “all but essential travel” to mainland Spain – though this advice does not cover the Canary Islands or Balearic Islands.

Brits currently abroad don’t have to cut their holidays short, but the advice has left many confused.