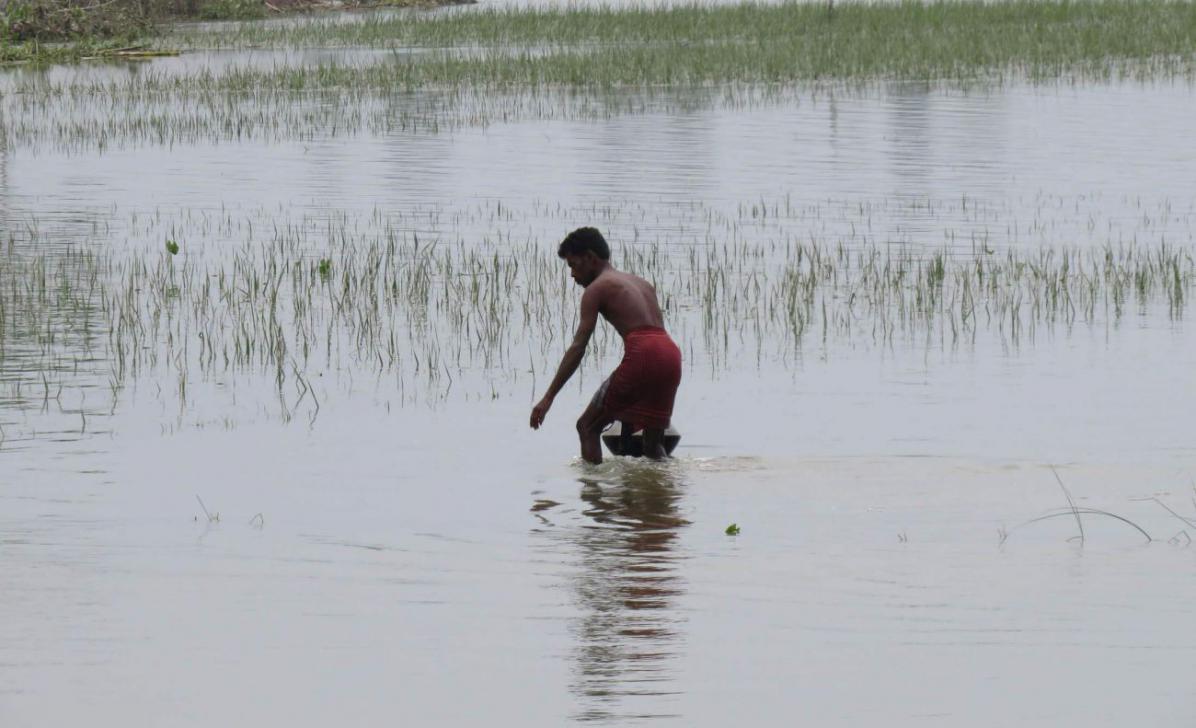 SYLHET, July 28 : The ongoing flood has submerged a vast area of paddy and vegetable fields in different areas of Sylhet region, affecting farmers.

Newly transplanted Aus, Aman seedbeds and vegetables fields of the areas were affected.

Crops on 5,746 hectares of land have been inundated in many upazilas of Sylhet, Habiganj and Sunamganj districts in the three phases of flood, according to the officials of the Department of Agriculture Extension (DAE).

DAE deputy director for Sylhet region Majumder Mohammad Elias said floodwaters from last June 25 submerged standing crops on thousands of hectares of land, while damaged crops on 2,931 hectares of land, adding that the production loss could be around Taka 28 crore, affecting 21,857 farmers in the agriculture region.

“Aman seedbeds on 116 hectares of land, Aus paddy on 2,760 hectares, vegetables on 56 hectares were damaged in these districts due to flooding,” he added.

Elias said a portion of the submerged crops would recover from the stresses for remaining under floodwaters for one week, but a big portion of those might be damaged due to submergence for a longer period.

“The government has already decided to provide incentives for making 680 floating seedbeds as an exhibition for flood-affected farmers in the region. Plans are being made to give more incentives to general and marginal farmers under the agricultural rehabilitation program”, he added.