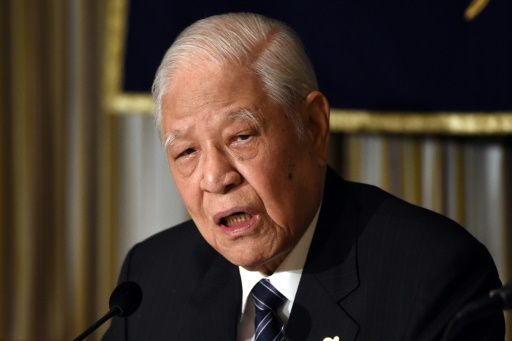 Taiwan’s former president Lee Teng-hui, who defied China and earned the nickname “Mr Democracy” for the part he played in the island’s transition away from authoritarian rule, died Thursday aged 97.

He was credited with paving the way for Taiwan to become a modern, free society after decades of one-party dictatorship and became a champion of the island’s bid to be treated as a sovereign state internationally.

Lee had been in hospital since February after choking on some food and had a history in recent years of chronic illnesses.

“He died of septic shock and multiple organ failure today despite the medical team’s all out efforts to revive him,” Taipei Veterans General Hospital vice president Hwang Shinn-jang told reporters.

Lee’s 12 years in office from 1988 to 2000 were marked by growing cross-strait tensions as he pitched himself against Beijing, infuriating Chinese authorities for daring to carve out a separate identity for Taiwan.

Despite being self-ruled since 1949, Taiwan has never formally declared independence from the mainland and Beijing has vowed to react with force if it ever does. China still regards Taiwan as part of its territory.

Born into a colony

Lee was born in Taiwan in 1923 and educated in Japan, which ruled the island as a colony for 50 years until 1945, when it lost the Pacific War.

Taiwan was then handed back to China, which was under the rule of Nationalist Kuomintang (KMT) leader Chiang Kai-shek.

After Chiang lost a civil war to communist forces on the mainland four years later, he fled to Taiwan to set up a rival government.

Ruling with an iron fist, Chiang instigated a “White Terror” purge of opponents which lasted until his death in 1975.