Russia aims to produce ‘millions’ of virus doses by 2021 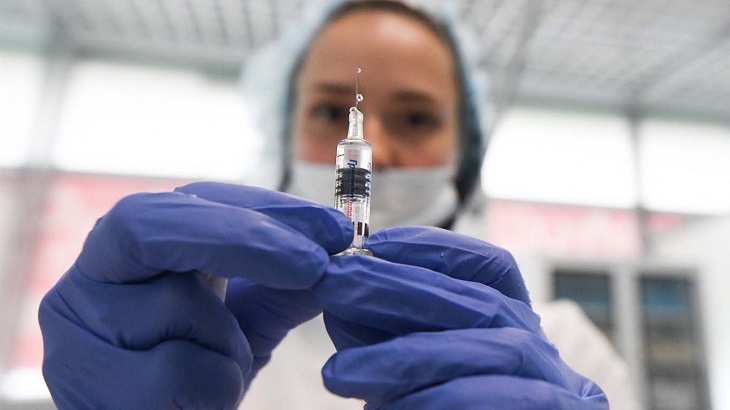 Russia said Monday it aims to launch mass production of a coronavirus vaccine next month and turn out “several million” doses per month by next year.

The country is pushing ahead with several vaccine prototypes and one prepared at the Gamaleya institute in Moscow has reached advanced stages of development.

“We are very much counting on starting mass production in September,” industry minister Denis Manturov said in an interview published by TASS news agency.

“We will be able to ensure production volumes of several hundred thousand a month, with an eventual increase to several million by the start of next year,” he said, adding that one developer is preparing production technology at three locations in central Russia.

Health Minister Mikhail Murashko on Saturday said the Gamaleya vaccine had “completed clinical trials” and that documents were being prepared to register it with the state.

Another vaccine, developed by Siberia-based Vektor lab, is currently undergoing clinical trials and two more will begin human testing within the next two months, Murashko said.

Gamaleya’s vaccine is a so-called viral vector vaccine, meaning it employs another virus to carry the DNA encoding of the needed immune response into cells.

Gamaleya’s vaccine employs the adenovirus, a similar technology to the coronavirus vaccine prototype developed by China’s CanSino, currently in the advanced stage of clinical trials.

The Gamaleya institute came under fire after researchers and directors injected themselves with the prototype months ago, with specialists criticising the move as an unorthodox and rushed way of starting human trials.

Scientists have told AFP that Russia will struggle to adapt the vaccine to mass production because the country lacks raw materials, adequate facilities and experience, particularly with advanced technology like viral vector.

Some Russian officials have boasted that the country will be the first to come up with the vaccine, even comparing it to the space race to produce the first satellite in the Soviet era.

Moscow has dismissed allegations from the UK, the United States and Canada that a hacking group linked to Russian intelligence services tried to steal information about a coronavirus vaccine from labs in the West.

Russia’s coronavirus caseload is currently fourth in the world after the United States, Brazil and India.