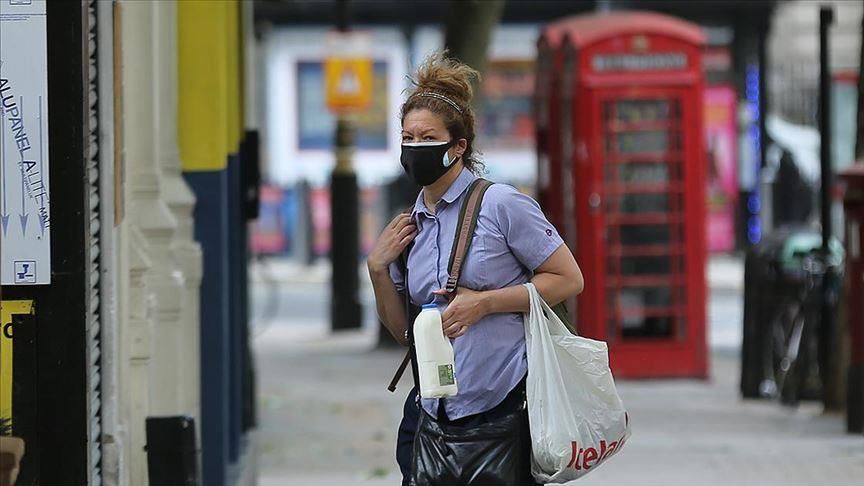 Another 89 people have died of coronavirus in the UK, bringing the total number to 46,299.

According to the latest government figures, 306,293 have tested positive for Covid-19, with 670 additional cases recorded in the past 24 hours.

The numbers released by the Department of Health cover fatalities in all settings, including hospitals, care homes and the wider community.

Earlier, NHS England said that a further six people who tested positive for coronavirus have died in hospitals, bringing the total number to 29,352.

Patients were aged between 46 and 93 years old. All had known underlying health conditions.

Scotland is now approaching three weeks without a coronavirus death after none were recorded for the 19th day in a row. Northern Ireland is on its 22nd day without any deaths recorded, while one new death was recorded in Wales. 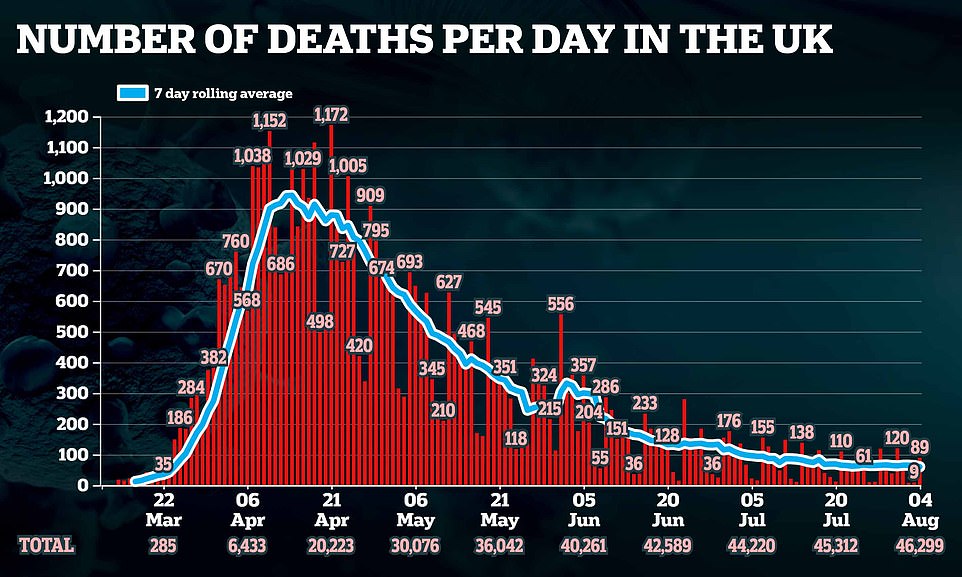 The government’s official death toll of 46,299 remains one of the highest in the world, though the true total is thought to be 10,000 higher.

Figures from statistical bodies representing the four home nations suggest 56,651 people have died of coronavirus across the UK.

This is based on fatalities registered where Covid-19 was mentioned on the death certificate, including suspected cases.

However, the Office for National Statistics (ONS) said deaths in England and Wales have fallen by more than a quarter within seven days and remain at the lowest level since before the lockdown .

This comes as the debate over how to reduce the likelihood of a deadly second wave of infections continues.

Researchers said today that reopening schools in September without a ‘comprehensive test, trace and isolate strategy’ could lead to a resurgence of coronavirus that is twice as big as the first. 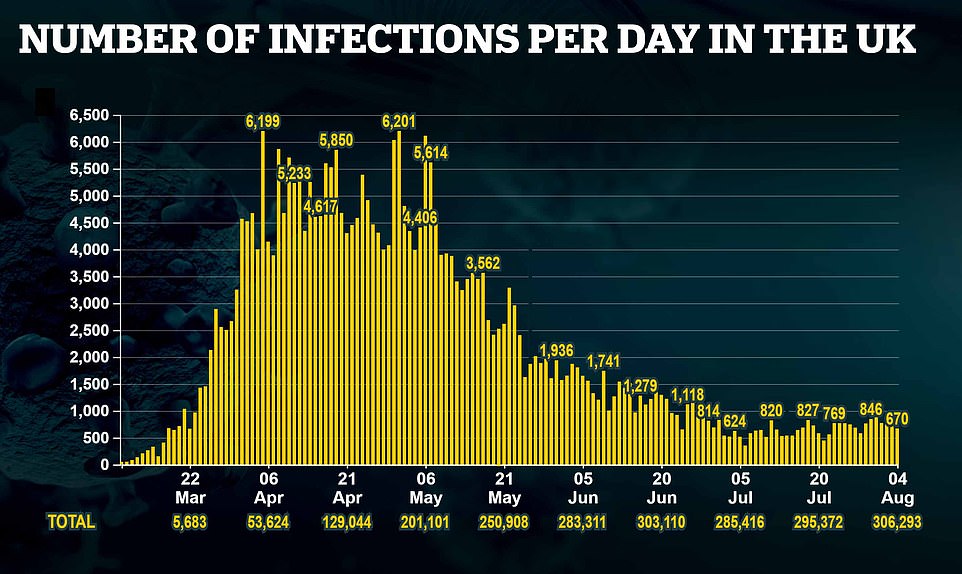 A new modelling study by University College London and the London School of Hygiene and Tropical Medicine (LSHTM) simulated how Covid-19 may spread when schools reopen next month. It also took account of broader implications such as more parents returning to work and its potential repercussions.

The authors of the study, published in The Lancet Child And Adolescent Health, found that ‘with increased levels of testing… and effective contact tracing and isolation, an epidemic rebound might be prevented’. But in a worst-case scenario, it could result in a second wave peaking in December which is up to 2.3 times higher than the first.