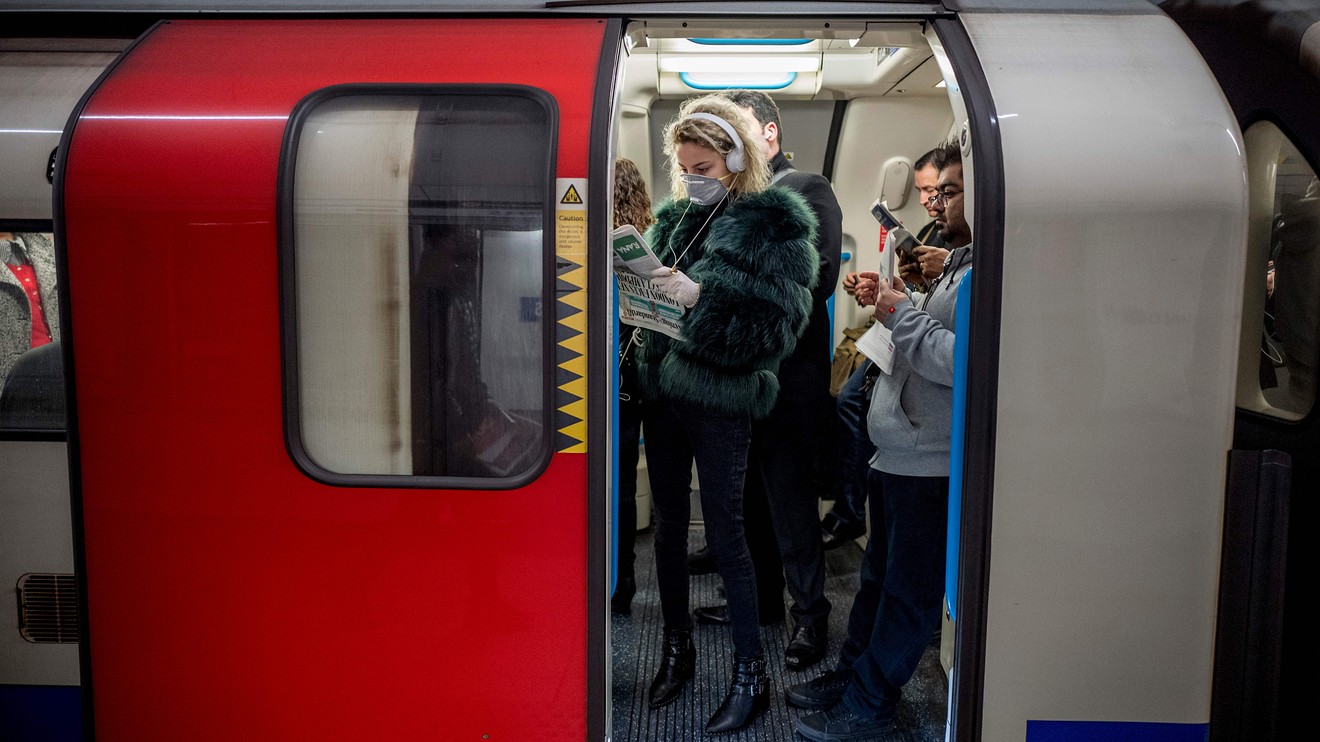 The high number of new infections puts the total number of positive Covid-19 cases to 308,134.

And it is the highest amount to be confirmed in 24 hours since June 26 when there were 1,006 cases.

It is also worryingly close to the Government’s target of keeping new infections below 1,000 a day.

But the rise in cases could also be down to more testing across the nation as opposed to a higher infection rate.

The Department of Health also confirmed a further 49 people have died from the disease – bringing the UK total to 46,413. 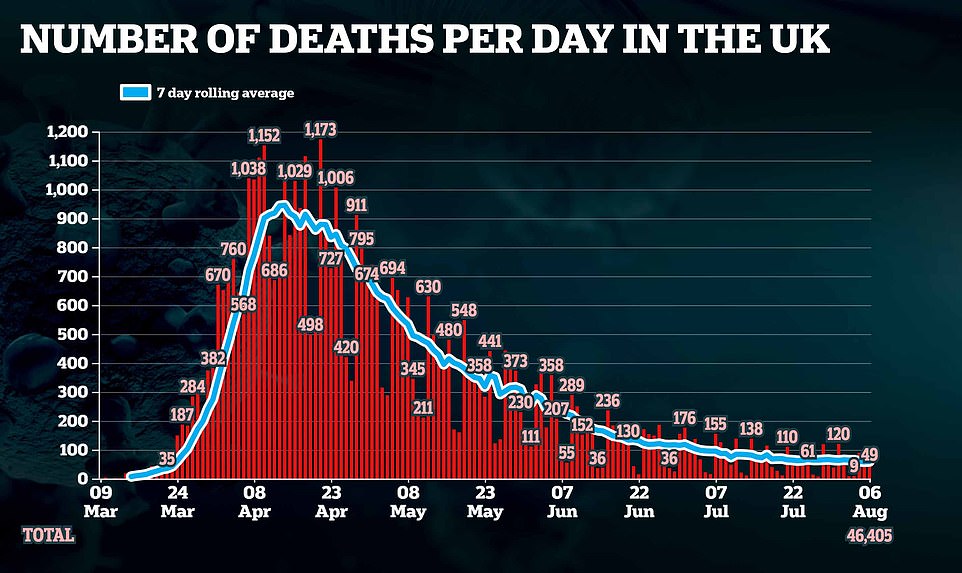 This is the second lowest Thursday since lockdown began and lower than yesterday’s rise of 65.

In England today, a further five deaths in hospital were announced – the lowest rise on a Thursday since late March – bringing the total to 29,376.

The latest victims were aged between 45 and 86 and all had known underlying health conditions.

Wales suffered a further three deaths – taking the total number of deaths in the country to 1,571.

In Scotland and Northern Ireland, there have been no new deaths for three weeks in a row.

It comes amid growing fears the coronavirus R rate is “very likely” to be close to 1 in almost every region of the UK.

New analysis from Cambridge University suggests that in the South West, the reproductive rate may even be above the crucial value of one. 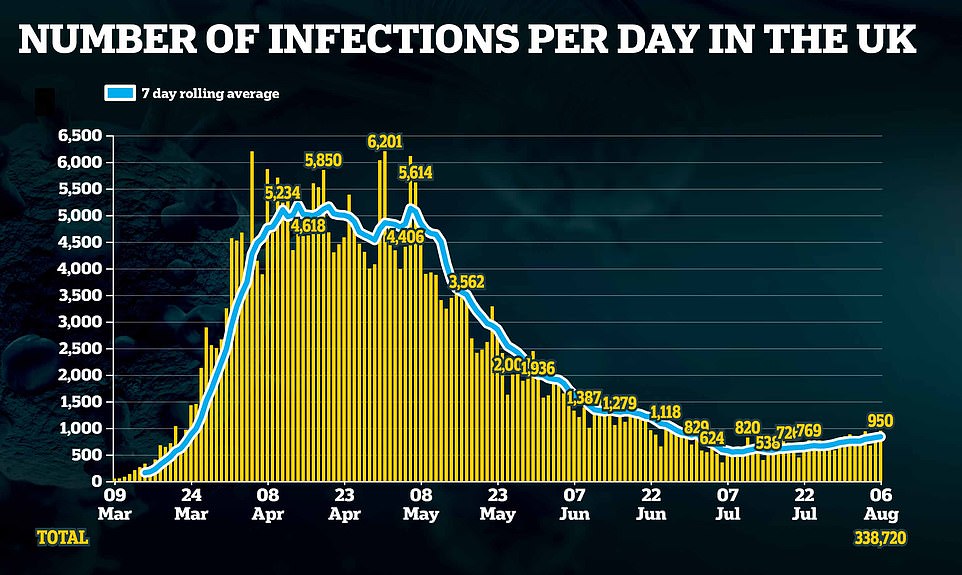 The latest UK hotspots were also revealed by the COVID Symptom Tracker app.

Halton in Cheshire has become the latest hotspot, while Luton has also been added to the list – making it the only area in the south of England.

Blackburn and Darwen remains at the top of the list – where it has been for the past three weeks – followed by Kirklees, which has also moved up from fourth place last week.

Salford has dropped from being in the second spot last week down to fourth this week, while Wigan has moved up into number five from ninth last week.