Don't Miss
Home / Bangladesh / 5 of a family among 7 die in bus, auto-rickshaw collision in Mymensingh 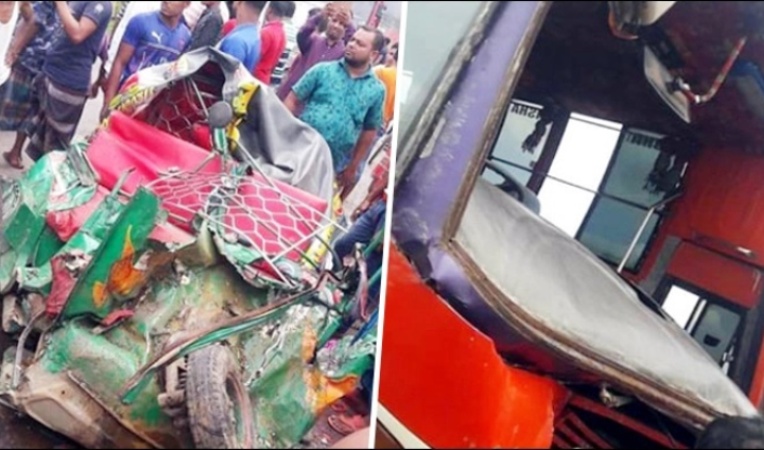 At least seven people, including five members of a family, were killed and some others injured when a bus collided head-on with a CNG-run auto-rickshaw in Muktagachha upazila of Mymensingh on Saturday afternoon.

Five of the deceased are identified as Nazrul Islam, 35, and Aladul, 38, from Muktagacha, Nurul Islam, 38, from Tangail, his wife Taslima, 28, daughter Liza, 12.
The accident took place when a Jamalpur bound bus of Rajib Paribahan hit the auto-rickshaw on Mymensingh-Jamalpur highway at Vabkir Mor area at around 3:50pm, leaving four passengers of the vehicle dead on the spot and six others injured, officer-in-charge (OC) of Muktagachha police station Biplob Kumar Biswas, said.