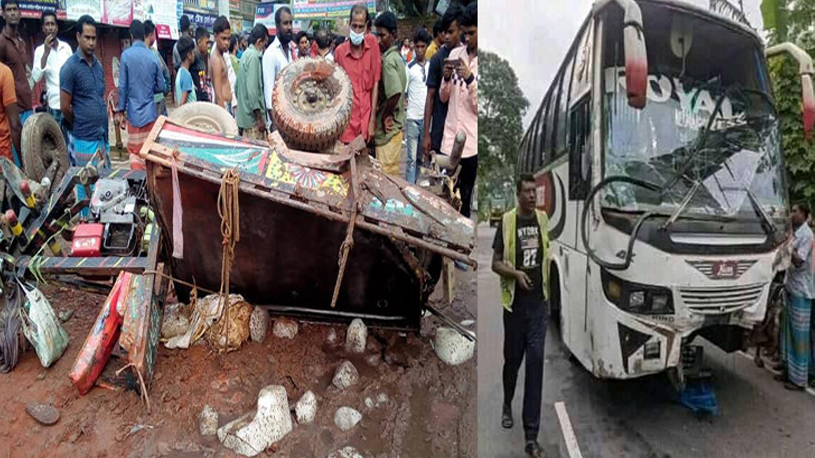 Six people were killed and four injured as a bus rammed a human hauler, locally known as Nosiman, at Sarojganj Bazar area under Sadar upazila of Chuadanga on Saturday morning.