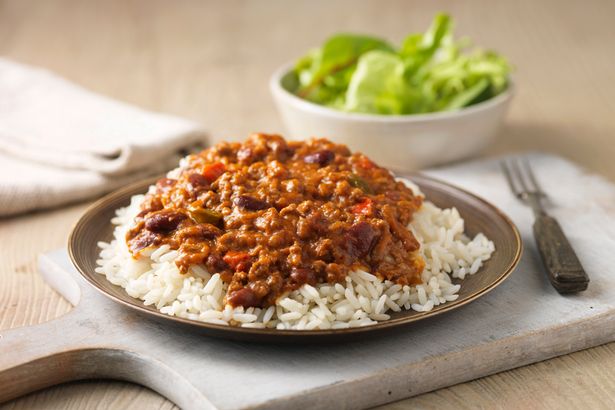 After a long day at work, sometimes there’s nothing better than coming home and tucking into some food in front of the TV
But if your dinner contains rice, you might want to reconsider reaching for seconds or thirds.

That’s because experts have warned that eating too much rice could prove fatal in the long run.

Rice contains low-levels of arsenic and it is now thought that prolonged exposure to this could be contributing to thousands of avoidable premature deaths per year.

According to research by two Manchester universities, prolonged exposure to low-levels of inorganic arsenic can be linked to health problems such as cancers and cardiovascular diseases.
The researchers from The University of Manchester and The University of Salford have been exploring this relationship and their findings were recently published in the journal Science of the Total Environment.

Their results show that once the major factors known to contribute to cardiovascular disease have been accounted for, there is a significant association between elevated cardiovascular mortality and the consumption of inorganic arsenic bearing rice.

Professor David Polya from The University of Manchester said: “The type of study undertaken, an ecological study, has many limitations, but is a relatively inexpensive way of determining if there is plausible link between increased consumption of inorganic arsenic bearing rice and increased risk of cardiovascular disease.
“The study suggests that the highest 25 percent of rice consumers in England and Wales may plausibly be at greater risks of cardiovascular mortality due to inorganic arsenic exposure compared to the lowest 25 percent of rice consumers.”

He adds: “The modelled increased risk is around six percent (with a confidence interval for this figure of two percent to 11 percent). The increased risk modelled might also reflect in part a combination of the susceptibility, behaviours and treatment of those communities in England and Wales with relatively high rice diets.”

Experts haven’t warned people to stop eating rice, but instead suggest consuming different types of rice, which are known to contain less inorganic arsenic – such as basmati and polished rice.

As well as this, they recommend eating a balanced variety of staples, not just predominantly rice.

How to both work and school from home

How easily does coronavirus spread among children?