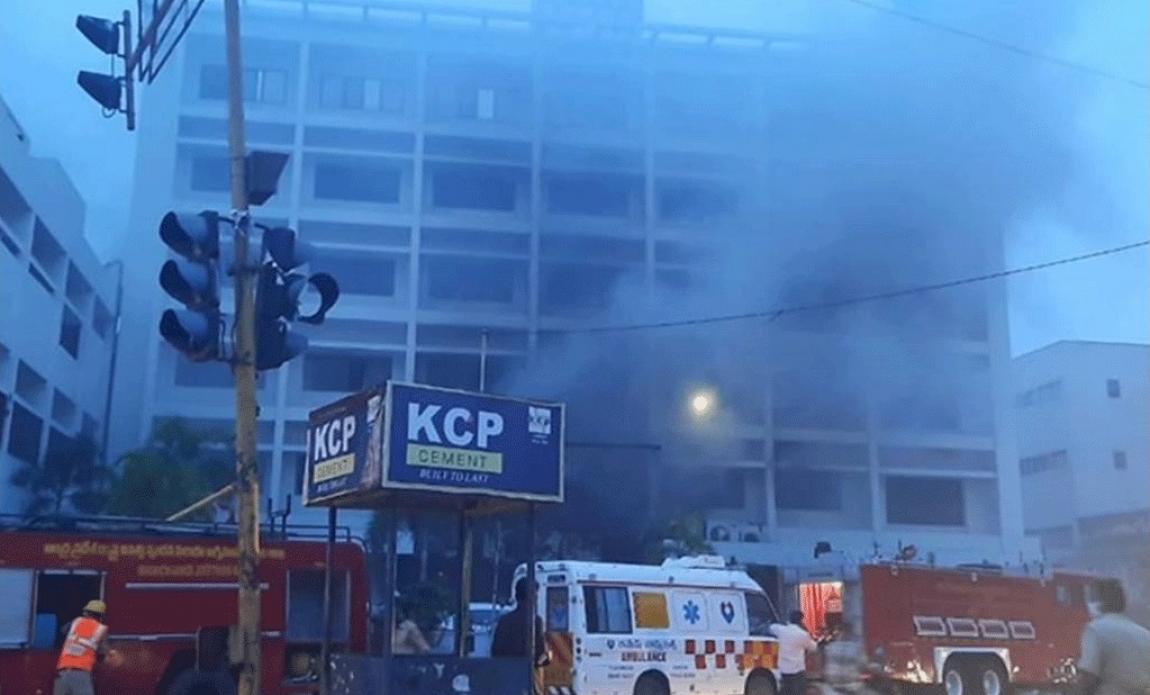 A fire broke out at a hotel being used as a Covid-19 facility in Andhra Pradesh’s Vijayawada city of India early on Sunday, killing nine patients and trapping several others, police said.

The hotel – Swarna Palace – was being used as a care centre for Covid-19 patients by Ramesh Hospitals, a popular private hospital. There were about 30 patients of the coronavirus disease and 10 medical personnel at the time of the accident.

Vijayawada city police commissioner B Srinivasulu said the control room had received a call at around 5.15am about the fire breaking out in the hotel. “We rushed tenders immediately and the fire was brought under the control now,” he said.

About 17 patients were brought out safely using ladders. Two staff members, including security guard Krishna Reddy, jumped from the second and third floors of the hotel after the fire.

So far nine bodies have been brought out and they were found to have died of suffocation. Rescue operations were underway with teams of the National Disaster Relief Force (NDRF) swinging into action when the reports last came in.

Smoke billowing out of the hotel surrounded the entire area, causing suffocation to the patients inside the rooms. The patients were crying for help from their rooms on the top floors, eyewitnesses said.

Unable to breathe, some patients were seen trying to jump from the top floors. However, fire and police personnel reached them with the help of ladders.

Officials said an electric short circuit is said to have caused the fire. Staff noticed flames from the first floor at around 5 in the morning. Flames spread to the third to fifth floors quickly. Patients were on the third, fourth and fifth floors of the hotel.

Authorities were trying to bring the patients out safely and shift them to another hotel at Labbipet area.

Andhra Pradesh chief minister YS Jagan Mohan Reddy expressed shock and grief over the accident at Swarna Palace hotel in Vijayawada and enquired about its cause.

Jagan Reddy has also directed officials to take up rescue measures and admit the injured to nearby hospitals. He also instructed officials to conduct an inquiry into the accident as he announced an ex gratia of Rs 50 lakh to each of the families of those killed in the hotel fire.

Governor Biswabhushan Harichandan also expressed his deep shock over the accident and expressed his condolences to the bereaved families.

Eight people were killed in a fire in the intensive care unit (ICU) of a private Covid-19 designated hospital in Gujarat’s Ahmedabad on Thursday. Police had said the fire broke out due to a short circuit on the fourth floor of the hospital.