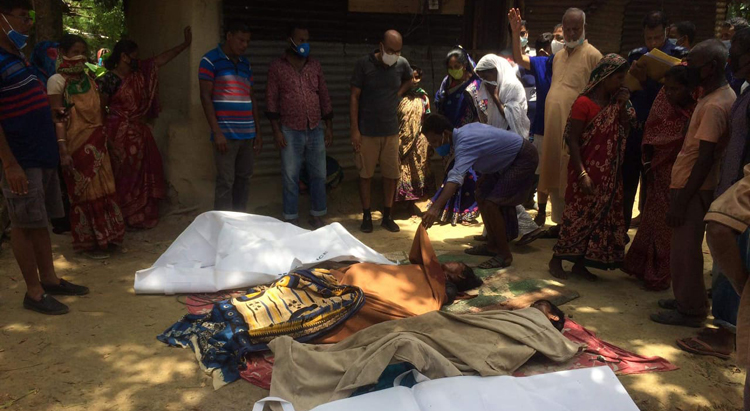 Sreemangal ( Moulvibazar) correspondent  :  A man and his wife were found dead at their house today in Sreemangal upazila of Moulvibazar.

Police suspected that the man, a tea garden worker, died by suicide after killing his wife.

The deceased were identified as Bipul Tantubay (42) and his wife Aloka Tantubay (35).

The incident took place this morning at Boulachhara Hospital Line Labour Colony in the upazila where the couple used to live, reports our Sreemangal  correspondent.

“On information, we went to the colony and found Aloka’s slaughtered body on the floor and Bipul’s body hanging from the ceiling,” said Firoz Miah, former chairman of Mirzapore union.

“We are primarily suspecting that the husband died by suicide after killing his wife over domestic problems. But we are investigating the matter,” said Sohel Rana, inspector (investigation) of Sreemangal Police Station.

Bodies of the deceased have been sent to Moulvibazar District Hospital for autopsy, the police official added.

2020-08-09
Mr. Admin
Previous: Operation of all intercity trains to begin after August 15
Next: London crime: Man shot near Marble Arch and another stabbed in late-night attack