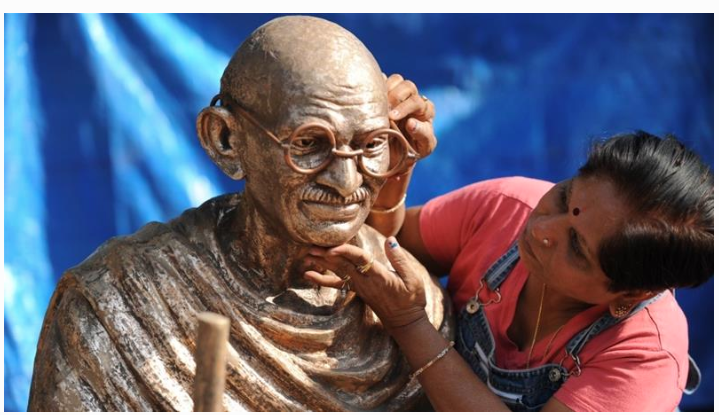 A “rare and important” pair of iconic glasses worn by Indian independence hero Mahatma Gandhi look set to sell for tens of thousands of pounds after a British auction house put them up for sale on Monday.

The gold-plated spectacles were stuffed through the letterbox of East Bristol Auctions in southwest England last Friday, with a note attached reading, “these glasses belonged to Gandhi, give me a call,” auctioneer Andrew Stowe told Sky News.

“The spectacles formed an important and somewhat iconic part of Gandhi’s overall appearance … a rare and important pair of spectacles,” the auction house’s website said.

“It can be presumed that these were gifted by way of thanks from Gandhi for some good deed,” it added.

The talismanic non-violent icon believed to have given the glasses to the seller’s uncle, who worked for British Petroleum in South Africa between 1910 and 1930, said the auction house.

Gandhi worked as a lawyer in South Africa before he left for India in 1915 to launch the South Asian country’s freedom movement against the British colonial rulers.

An auctioneer found them in the letterbox last Monday when he reopened for business after the weekend.

“A few hours later, we were digging around and doing some research and we discovered that they are a very important historical find,” Stowe told Sky News.

“I phoned the gentleman back … his exact words were ‘if they’re no good, just throw them away’.”