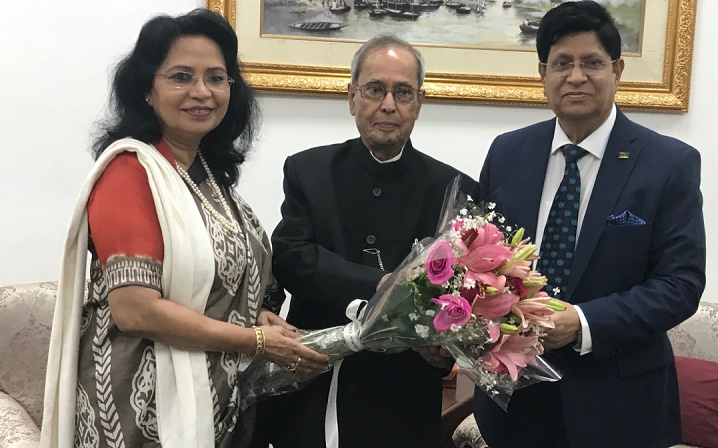 Momen wrote a message to Mukherjee’s office mentioning that the former Indian President is always a trusted friend of Bangladesh.
In the message, the foreign minister said that he met Mukherjee in person in the year of 1973-1974 when the latter was the state minister for commerce of India.

‘Later, I visited India after assuming office of foreign ministry and went to his residence with my wife to invite him to attend the celebration of birth centenary of Bangabandhu [Sheikh Mujibur Rahman]. I hope he will visit Bangladesh after recovery,’ Momen wrote in the message.

Pranab Mukherjee, 84, is on ventilator support after undergoing a brain surgery at the Army Research and Referral hospital, where he was admitted on Monday morning after testing positive for coronavirus disease (Covid-19). He tested positive while undergoing routine check-up.

Mukherjee, President between 2012 and 2017, had been keeping his public interactions at a minimal level after the pandemic swept cross Indian states. In his Rajaji Marg residence, he stopped all gatherings and only met a handful of people.

According to officials, he is under close monitoring in the hospital. Army R&R has been Mukherjee’s preferred hospital for treatment ever since he became the defence minister in 2004.
He had undergone an angioplasty – procedure to open blocked or narrowed coronary arteries – at the same hospital in 2014. He had decided not to contest the 2017 presidential elections citing “advanced age and failing health.”

2020-08-11
Mr. Admin
Previous: Fernandes penalty lifts Man Utd past dogged Copenhagen
Next: $100 billion needed to take vaccine to all: WHO