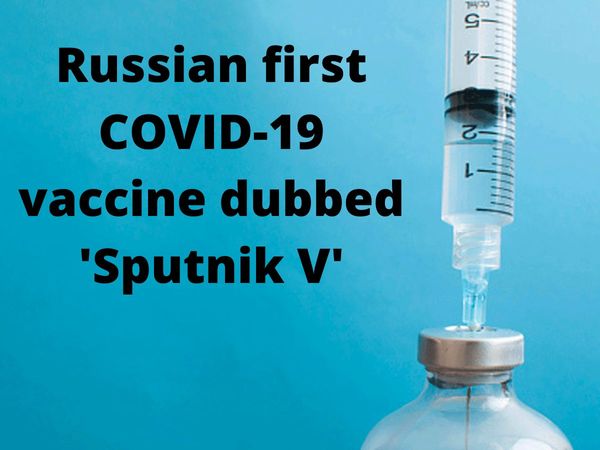 Twenty countries around the world have requested more than a billion doses of Russia’s newly-approved coronavirus vaccine, according to the head of the Russia Direct Investment Fund (RDIF).

The vaccine has been named “Sputnik-V” — a reference to the surprise 1957 launch of the world’s first satellite by the Soviet Union.

“We’ve seen considerable interest in the Russian vaccine developed by the Gamaleya Institute abroad. Moreover, we have received preliminary applications for over 1 billion doses of the vaccine from 20 countries,” RDIF head Kirill Dmitriev said Tuesday.
“Along with our foreign partners, we are already prepared to manufacture over 500 million doses of vaccine per year in five countries, and the plan is to ramp-up production capacity even higher.”

He added: “So far, countries in Latin America, the Middle East and Asia have displayed the greatest interest in the vaccine, and we are about to finalize a number of contracts for the purchase of the vaccine.”

The Russian vaccine is yet to pass the crucial Phase 3 testing stage. Phase 3 trials, typically involving thousands of participants, assess a drug’s safety and effectiveness. Dmitriev said those trials would take place abroad.

“We have already reached agreements on conducting the relevant trials of the Gamaleya vaccine with partners from the UAE, Saudi Arabia, and a number of other countries,” he said.

The Gamaleya vaccine is the first in the world to be approved but there are widespread concerns that essential corners may have been cut in its development.

Critics say the country’s push for a vaccine is partly due to political pressure from the Kremlin, which is keen to portray Russia as a global scientific force.

On Tuesday, Dmitriev hit out at criticisms of the vaccine and the lack of testing and trials.

“Coordinated and carefully-orchestrated media attacks on the Russian vaccine have attempted to discredit and conceal the correctness of Russia’s approach to the drug’s development,” he said.

Russia has released no scientific data on its testing, and CNN is unable to verify the vaccine’s claimed safety or effectiveness.

2020-08-11
Mr. Admin
Previous: Speakers for research and English publication on Bangamata’s life for new generation
Next: SoftBank back to black with $12bn profit after record losses