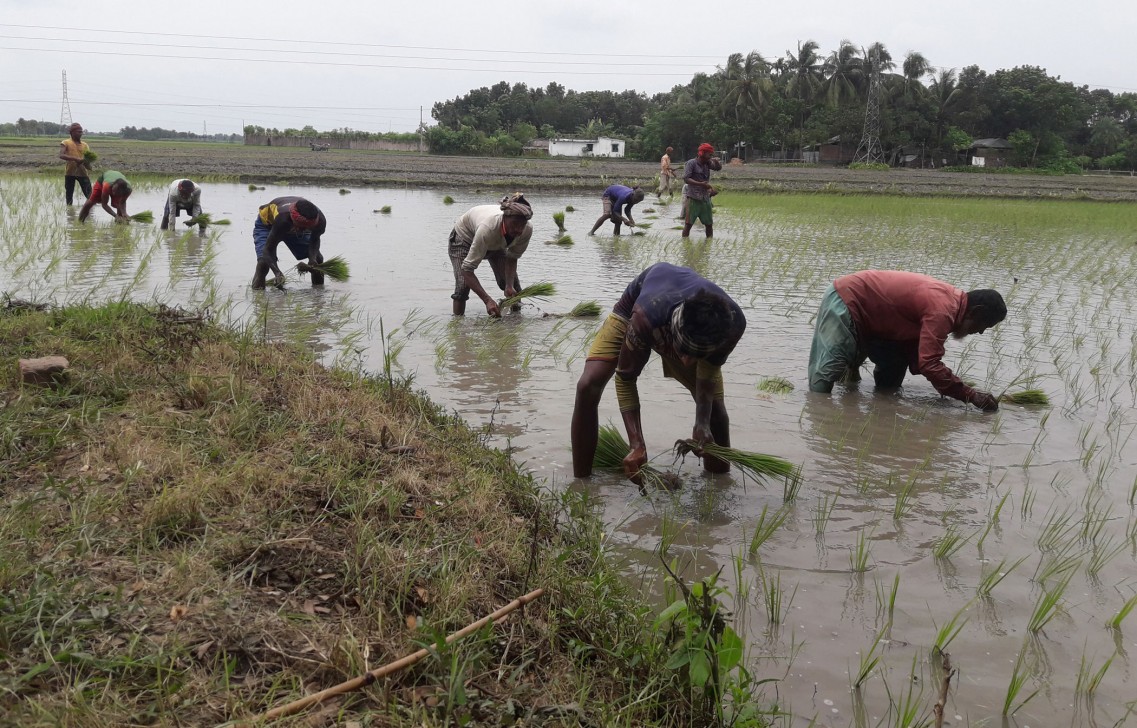 Farmers in the greater Sylhet region are busy in cultivation of Transplanted Aman (T Aman) paddy with a target to achieve the centrally set programme for yielding highest, officials and a number of farmers said.

Especially many were trying to recoup the recent crop loss by floods repeatedly while some are engaged in using their plots for Aman just after Aus paddy harvest.

Deputy Director at the divisional office of DAE Mazumder Md. Ilias said already seedbed has been prepared on a total of 22,410 hectares of land against the target of 21,704 hectares. T Aman is the main crop of the region.

The division’s target of production has been set at about 1.1 million tonnes of rice from the targeted area of 401,987 hectares of land.

Already the crop has been cultivated on 169,851 hectares, he added.

The region’s target however, includes 338,751 hectares of high yielding varieties and the rest 63,236 hectares of local varieties.

In many flood-hit areas the farmers are busy preparing lands afresh as those had remained inundated for weeks, informed the official.

As the flood waters receded, the government provided Tk 928,000 for setting 680 demonstration seedbed plots to selected farmers in the division weeks ago.

Each of the farmers got Tk 1365. Each of the Sylhet, Moulvibazar and Habiganj districts got assistance for 160 plots while 200 were in the worst-hit Sunamganj.

The sanction in seed and petty expenses for setting those had already been given, the official added.