The UK coronavirus death toll has increased by six, according to the latest figures from the government.

The latest reported deaths within 28 days of a patient testing positive for Covid-19 took place in hospitals, care homes and the wider community, and bring the UK death toll to 41,429.

Separate figures published by the UK’s statistics agencies show there have now been 57,000 deaths registered in the UK where Covid-19 was mentioned on the death certificate.

The government also said that as of 9am on Sunday, there had been a further 1,041 lab-confirmed cases of coronavirus. 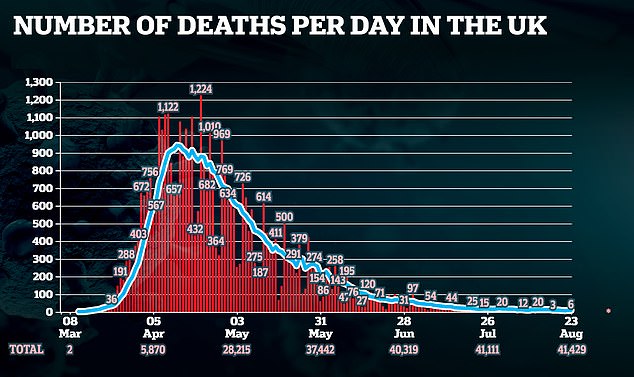 Public Health Wales said two further people had died having tested positive for coronavirus, bringing its total number of deaths since the beginning of the pandemic to 1,592.

The total number of cases of Covid-19 in Wales increased by 20, bringing the revised confirmed cases to 17,727. 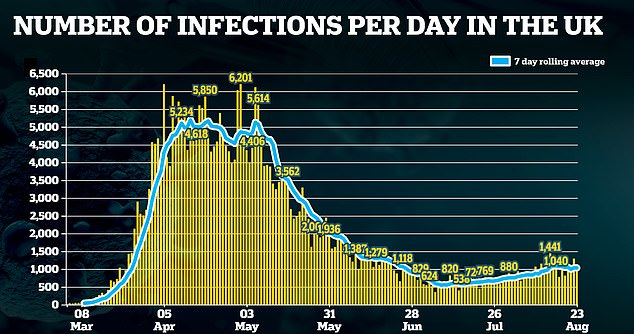 No new deaths were reported in Scotland, but there were 83 new confirmed cases of Covid-19.

Northern Ireland has not yet published its data for Sunday, August 23.

2020-08-23
Mr. Admin
Previous: Coronavirus: Schools let down by lack of ‘plan B’, says union
Next: Shameem Ahsan made new Bangladesh envoy to Italy