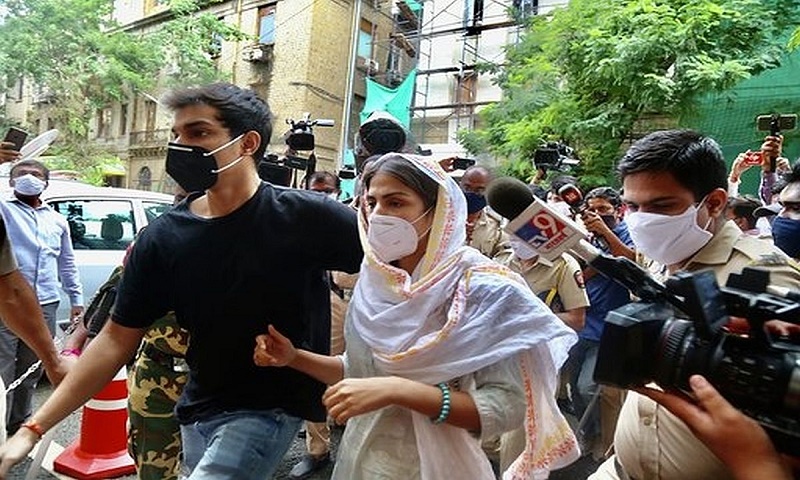 The Indian Central Bureau of Investigation (CBI) on Friday questioned bollywood actress Rhea Chakraborty for over 10 hours at the DRDO-IAF guest house in Mumbai’s Santacruz East area in connection with its probe into the alleged suicide of actor Sushant Singh Rajput.

Rhea Chakraborty has been summoned again today and will reportedly be asked to appear before the probe agency in the coming days as well.
According to reports, Rhea Chakraborty was asked 10 key questions on Friday, including her relationship with Sushant; what happened during her Europe tour with Sushant; when she took Sushant for treatment and also to a healer; and why she avoided calls from Sushant’s father when he asked for details of his son’s treatment.

Rhea was also asked why she left Sushant on June 8, and why she ignored his messages and blocked his number.

The CBI team questioned Rhea about when she came to know about the death of Sushant; who gave her the information; whether she visited Sushant’s flat; and how she managed to see Sushant’s body when she visited Cooper Hospital, according to media report.