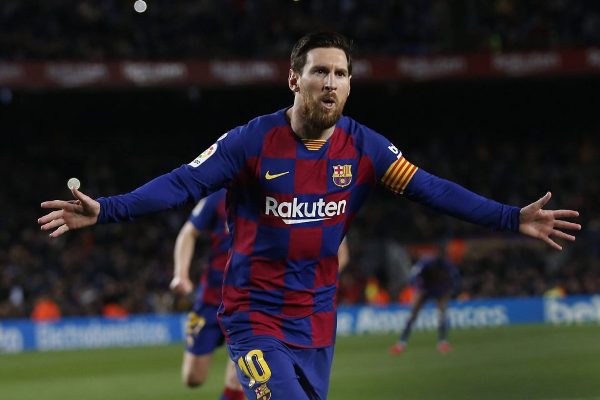 Lionel Messi’s infamous €700 million release at Barcelona reportedly expired at the end of the 2019-20 season and is no longer valid.

Cadena SER are reporting that they have seen a copy Messi’s contract and reckon the clause is not active in the final year which is optional.

It’s the latest development in what is becoming an increasingly tense, ugly and really quite sad standoff between Barcelona and Messi.

The latest news also means it’s all getting a bit complicated. Messi’s lack of a buyout clause means any interested parties won’t have to pay €700m but the whole saga could still end up in court.

Messi is due back for PCR testing on Sunday with the rest of the first team but has reportedly already informed the Catalan giants he won’t be attending.

Sport have claimed Barcelona have already responded by reminding Messi he is still under contract and needs to show up.

Lionel Messi has further distanced himself from Barcelona by refusing to turn up to the club’s first day of pre-season.

According to journalist Alfredo Martinez on Twitter, the Argentinian forward won’t attend PCR tests on Sunday as Barcelona prepare for the start of the new La Liga season.

Messi wants to leave Barcelona and isn’t willing to co-operate at the club’s Ciutat Esportiva training ground for the start of pre-season and Covid-19 testing.

The 33-year-old won’t be allowed to take part in training, which begins on Monday, if he doesn’t take the tests.

RAC journalist Gerard Romero claims that it’s a ‘joint decision with his lawyers.’

However, Cadena SER report that Barcelona could attempt to punish Messi if he doesn’t show up on Sunday.

The story has been corroborated by Goal.