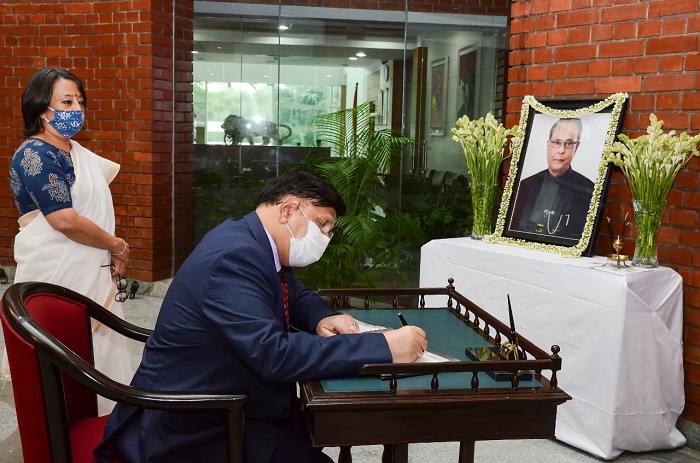 He put his signature to the book at Indian High Commission in Dhaka on Wednesday.
Recalling contribution of the great politician, the foreign minister said Bangladesh has lost a true friend due to demise of Pranab Mukherjee who has brought laurels for Bangalees.

“I was fortunate to be acquainted with him in 1973. He was always engaged in the cause of liberation of Bangladesh and people at large.”

Momen also paid tribute to the great statesman on behalf of Bangladesh government and people.

He prayed for salvation of the departed soul and expressed deep sympathy to the bereaved family members.

Indian High Commissioner in Dhaka Riva Ganguly Das was present, among others.