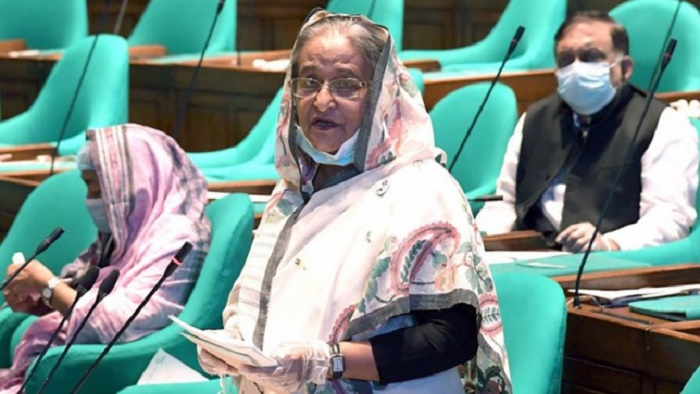 Prime Minister Sheikh Hasina on Thursday told the parliament that her government does not spare anyone involved in crimes in a bid to stop the legacy of extra-judicial killings initiated by military dictator Ziaur Rahman and institutionalised by her wife Khaleda Zia.

The premier said her government has not been sparing anyone involved in (such) crimes, adding, “We are not sparing anyone (involved in extrajudicial killings) and we never do that.”Sheikh Hasina, also the Leader of the House, said these in her valedictory speech in the 9th session of the eleventh Jatiya Sangsad when Deputy Leader of the Opposition GM Quader drew her attention to the issue of extrajudicial killings.

The sitting of the 9th session started this morning with Speaker Dr Shirin Sharmin Chaudhury in the chair.

The premier called upon all to be realistic and constructive in criticizing the law enforcers as they have been working to control drugs, terrorism and militancy by risking their lives, bearing in mind that they (law enforcers) do not lose their zeal in doing so.

“At the same time, we have to think that the law enforcement agencies have been working tirelessly to control the narcotics, terrorism and militancy by risking their lives and they have achieved huge success to this end,” she continued.

She reminded all that her government is not sparing anyone if any (unexpected) incident takes place, saying that they have been taking appropriate measures against the wrongdoers.

The premier said criticism is good but it should be kept in mind that the people who have been ensuring security and to whom people are rushing during any danger, do not lose their eagerness to this end.It is mentionable that a Dhaka court sentenced on Wednesday three policemen to life imprisonment in a case lodged over custodial death of a youth in the capital’s Mirpur area, in 2014.