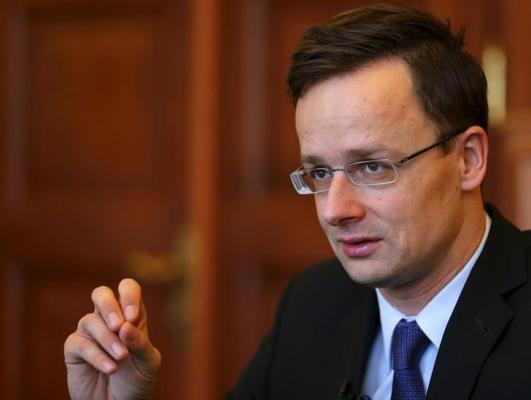 Minister of Foreign Affairs and Trade of Hungary Péter Szijjártó arrived in Dhaka early Thursday on an official visit to Bangladesh.

On his arrival, the Hungarian Minister will visit the Father of the Nation Bangabandhu Sheikh Mujibur Rahman Memorial Museum at Dhanmondi to pay tribute to the memories of Bangabandhu and his family members who were brutally killed in 1975.

He will meet Commerce Minister Tipu Munshi and discuss trade between the two countries. Both the sides will explore opportunities for trade and commerce between Hungary and Bangladesh.

Official sources said the current bilateral trade between the two countries is US $16 million and the trade is steadily growing. Bangladesh exports to Hungary are ready-made garments, agricultural products, jute goods and finished/crust leather.

Bangladesh explored possibility of exporting ceramics, handicrafts etc. by including them in the agreement. Imports from Hungary to Bangladesh include pharmaceuticals, hospital equipment, railway spares.

It is expected that more than two instruments will be signed during the visit of the Hungarian Foreign Minister. Szijjártó is scheduled to depart Dhaka in the evening.

However, officials said these agreements have now been inoperative and need to be reactivated.  Moreover, signing of an Agreement on the Promotion and Protection of investments between Bangladesh and Hungary is lying with the Hungarian side.

Hungary supported the cause of Bangladesh during the war of liberation and was one of the first countries to accord recognition.

The diplomatic relations were established as early as 29 January 1972. As a gesture of cordial and friendly relations, Hungary established her resident Mission in Dhaka in 1973. It existed until the year 1997.

The relations which could be further strengthened in the field of economy, technology and culture did not materialize after mid 80’s mainly due to the end of cold war and also less exchange of high level political visits.