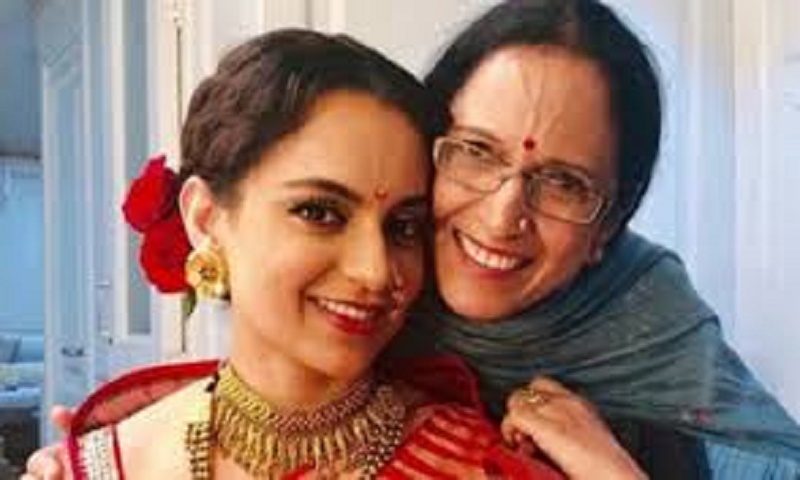 In a video, Asha said that their family was associated with the Congress for several years but is grateful to Union home minister Amit Shah for providing Kangana with security ahead of her Mumbai visit.

Speaking to The Tribune, Asha said in Hindi, “The blessings of the entire country are with Kangana. I am proud that my daughter has always stood for the truth”

She said, “Amit Shah supported us and gave security to my daughter. If my daughter did not have security, then God knows what would have happened to her.”
On Wednesday, after a verbal spat with Shiv Sena leaders, Kangana landed in Mumbai with Y-plus security, which was granted to her by the Union home ministry.

The Shiv Sena leaders had taken umbrage to her tweets from last week, in which she compared Mumbai to Pakistan-occupied Kashmir and criticised the Mumbai Police.

She called it the ‘death of democracy’ and hit out at Maharashtra chief minister Uddhav Thackeray in a series of tweets, reports TOI.

2020-09-11
Mr. Admin
Previous: India and China to ‘quickly disengage’ from border standoff
Next: FM for mass signature collection to bring back Bangabandhu’s killers

Malaika Arora recovers from COVID-19 with ‘minimum pain and discomfort’