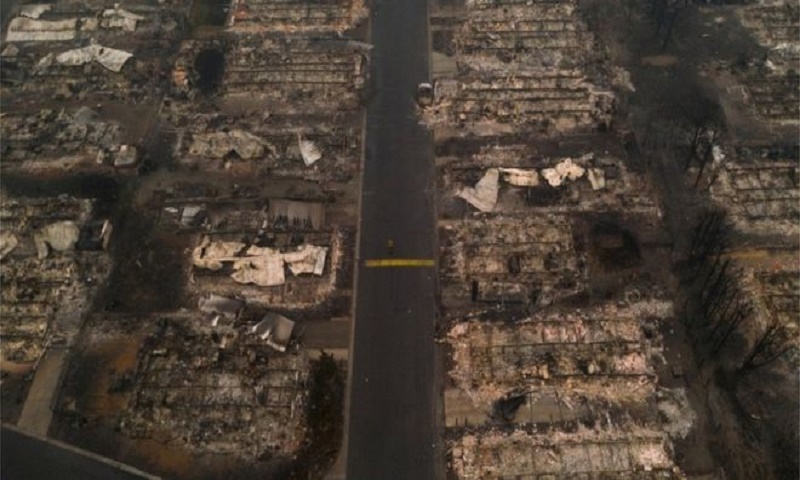 Dozens of people are missing in Oregon as wildfires continue to rage across the western US, state Governor Kate Brown has said.
Tens of thousands of people in Oregon alone have been displaced by the deadly infernos.

Wildfires have killed at least four in Oregon and 11 elsewhere. One hundred blazes, fanned by hot, dry winds, are currently scorching 12 states.

Federal emergency aid has been approved for Oregon to help battle the fires, BBC reported.

The governor also clarified that fewer than 100,000 Oregonians had been told to leave their homes.

State officials said a day earlier that half a million people were under evacuation orders.