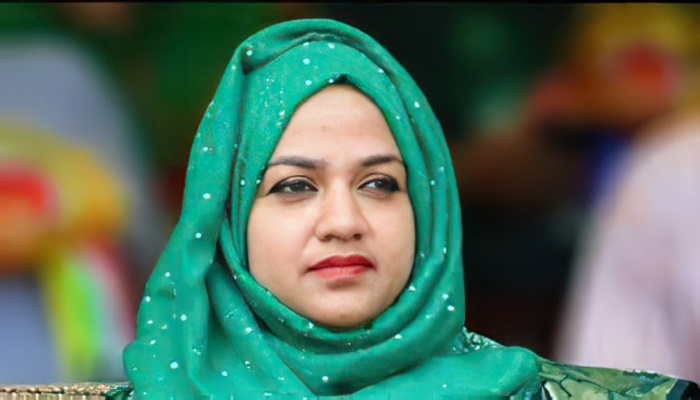 Physicians have removed stitches from the head of UNO Wahida Khanam who is receiving treatment in a Dhaka hospital surviving criminal attack.

The medical board formed at National Institute of Neurosciences and Hospital (NINH) for Wahida Khanam took the decision to remove the stitches on Saturday morning.
Prof Zahed Hossain, head of the medical board, said UNO’s condition has improved further, and she is now able to move her right hand, which was paralyzed due to the attack on her.

Asked when Wahida would be shifted cabin, Dr Hossain said: “We are not going to move her right now, as she may get visitors. We may move her later.”

Earlier on Thursday, doctors removed the stitches from the mouth of UNO.

She had a successful surgery requiring the doctors to address nine places which received serious wounds.

Prime Minister Sheikh Hasina is monitoring the UNO’s treatment and all experts are engaged in the treatment process.

Treatment and legal steps are taking place paralally as a good number of people including prime accused are behind the bar.
Some of them already submitted confessional statement. They claimed to have attacked UNO for resisting a robbery attempt.

Investigators and members of administrative officials ruled out it saying the attack might be sequel to UNO’s zero tolerance against land grabbing and other irregularities.