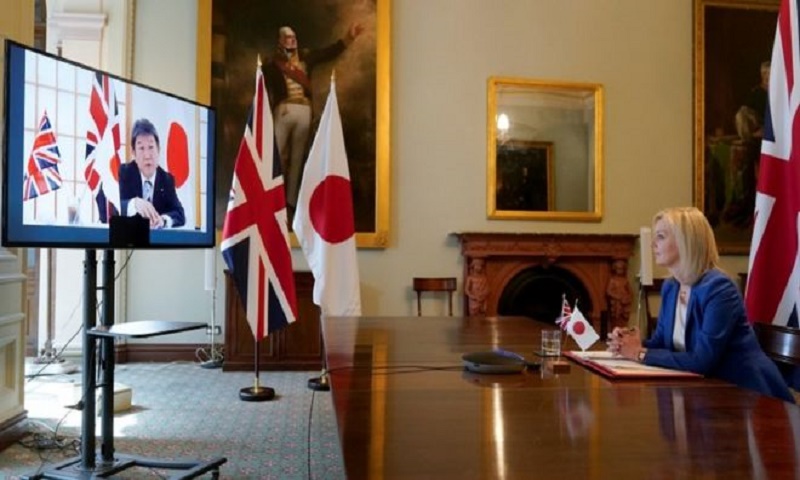 The UK has struck its first major post-Brexit trade pact after signing a deal with Japan that aims to boost trade between the countries by about £15bn.
International Trade Secretary Liz Truss said it was a “historic moment”.

She said it would bring “new wins” for British businesses in manufacturing, food and drink, and tech industries.

Critics said while the deal may be of symbolic importance it would boost UK GDP by only 0.07%, a fraction of the trade that could be lost with the EU, BBC reported.