SUST to include Bangabandhu’s March 7 speech in Syllabus 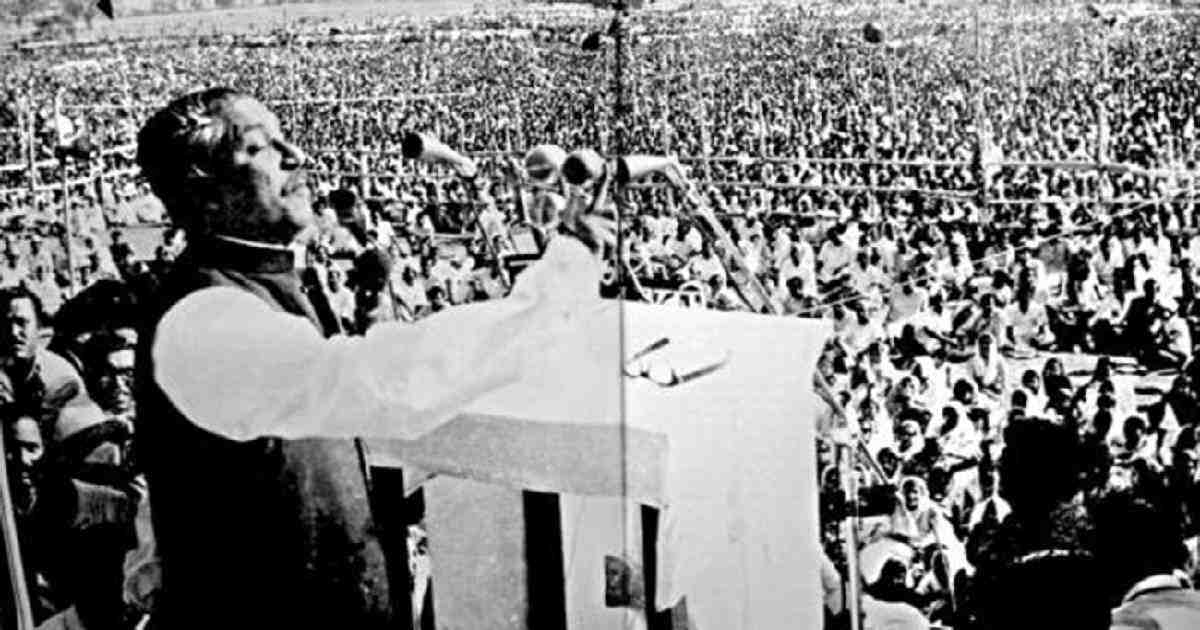 SUST Correspondent : Shahjalal University has decided to include the historic March 7 speech of Bangabandhu Sheikh Mujibur Rahman in the syllabus of all departments.

The decision was taken at the online meeting of the 160th Academic Council of the university on September 13, said Vice-Chancellor Professor Farid Uddin Ahmed.

According to sources, the meeting discussed in detail the High Court’s directive and the Ministry of Education’s letter to include Bangabandhu’s historic speech in the textbooks at every level of the university.

With the consent of the members present at the meeting and discussion, it was decided to include the March 7 speech in the syllabus.

This speech will be taught as part of the course on history of Bangladesh’s emergence.

A six-member committee has been formed with Dr Faisal Ahmed, dean of Faculty of Social Science, as convener to decide on the structure of the course and related matters including credit.

SUST VC Prof Farid Uddin Ahmed told that as per the decision of the Ministry of Education and the directive of the High Court, the speech has been asked to be included in the curriculum of every educational institution.

“We have decided to include the speech in our curriculum for the first time among the universities of the country,” added the VC.

On March 7, 1971, Bangabandhu, the undisputed leader of Bangalees, delivered his epoch-making speech of independence before a mammoth crowd at the historic Racecourse Maidan, now Suhrawardy Udyan, in Dhaka.

In his 19-minute extempore speech before a million freedom-loving people, Bangabandhu had made a clarion call for a non-cooperation movement asking the nation to prepare for the war of independence to liberate the country from the exploitative Pakistan regime.

In 2017, Unesco recognised the historic speech as a world documentary heritage.

On February 25 this year, The High Court directed the government to declare March 7 as the ‘National Historic Day’ and issue a gazette notification in this regard within a month.

The court also issued a rule asking why it shall not pass order to include March 7 speech in primary, secondary, intermediate and university curriculums.