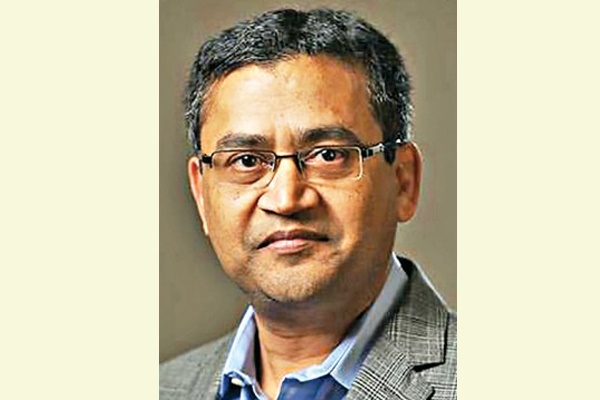 Dr Ruhul Abid, a Bangladeshi-American professor at Brown University Alpert Medical School in USA, and his nonprofit organisation Health and Education for All (HAEFA) were nominated for the Nobel Peace Prize, by University of Massachusetts Boston.

Prof Jean-Philippe Belleau from the department of anthropology at UMASS Boston confirmed the news.
Abid is one of 211 individuals nominated for the 2020 Nobel Peace Prize.

Dr Abid graduated from Dhaka Medical College, and received his PhD in Molecular Biology and Biochemistry from Nagoya University in Japan. He later did a fellowship from Harvard Medical School in 2001. He is also an executive faculty member of Brown Global Health Initiative.

HAEFA has been engaged in providing free healthcare to the underprivileged in Bangladesh.

In the last three years, the nonprofit has provided free on-site treatment to more than 30,000 readymade garment workers, supported cervical cancer screening and treatment for more than 9,000 RMG workers and underprivileged women in Bangladesh, and given free healthcare to more than 150,000 Rohingya refugees and host community members in Cox’s Bazar.

Now, they are providing competency training for Covid-19 management, to combat the spread of the virus in two Rohingya refugee camps.

Following the collapse of Rana Plaza in 2013, Dr Abid founded HAEFA to provide healthcare for RMG factory workers throughout Bangladesh.
Alongside Dr Rosemary Duda of Harvard Medical School, he provided free health screenings and care to RMG workers across three factories in Dhaka, Gazipur, and Sripur in 2013.

In 2016, HAEFA’s digital innovation ‘Nirog’ (translated to ‘without or absence of disease’), a solar-powered, offline capable mobile Electronic Medical Record (EMR) system, enabled Dr Abid and his team to acquire, analyse, and retrieve medical records of patients with chronic diseases, which in turn ensured quality healthcare management for the beneficiaries.

Since October 9, 2017, HAEFA has used Nirog and a digital health card system with unique bar codes for each patient, to operate two free healthcare clinics for Rohingya and host community patients in Kutupalong and Balukhali camps in Cox’s Bazar.

Nirog records encrypted patient data in handheld tablets, which are uploaded to a secure server using a solar-powered Wi-Fi router that can work without internet.

The findings and patients’ data are shared with local health authorities in Cox’s Bazar and with relevant government departments, which help track prognosis and provide accurate follow-up care to individual patients.

Abid’s clinics specialise in treating long-term, chronic illness and non-communicable diseases, such as diabetes, hypertension, asthma, malnutrition, and cervical cancer. Due to Rohingya’s lack of sustained healthcare since 1982 when Myanmar denied them citizenship, malnutrition and susceptibility to illnesses are widespread in the Rohingya population.

For the past six months, HAEFA mobilised to combat the pandemic, including working to tackle potential outbreaks in the densely populated refugee camps.

In April 2020, HAEFA initiated a collaboration with Brown University and the international healthcare organisation, Project HOPE. This resulted in a world-class four-day Covid-19 Competency Training programme for healthcare professionals working in major government and non-government hospitals and Upazila Health Complexes across Bangladesh.

From April to August, Abid and HAEFA helped train more than 1,200 Bangladeshi healthcare workers from nearly 35 different organisations. Following the culmination of the program, the participants are expected to train nearly 3,600 more healthcare workers by October 2020.

Dr Abid’s students at Brown University helped raised funds for PPE including 10,000 KN95 masks for Bangladesh’s healthcare professionals, and pulse oximeter and essential medications such as inhalers for asthma for HAEFA’s Covid-19 patients.

Dr Abid and his organisation were awarded ‘Stars in Global Health’ by the Grand Challenges Canada in 2018 for their pioneering work, introduction of the digital ‘see-and-treat’ method for on-site cervical cancer screening and treatment program for the female RMG workers in Bangladesh.

Dr Abid receives no salary nor any compensation for his work with HAEFA, and has been providing all these humanitarian services to the underserved and displaced entirely out of his humanist belie

According to the Nobel Prize website, nominations for the 2020 Prize were due in January 2020, and the Nobel Laureates will be announced in October 2020.