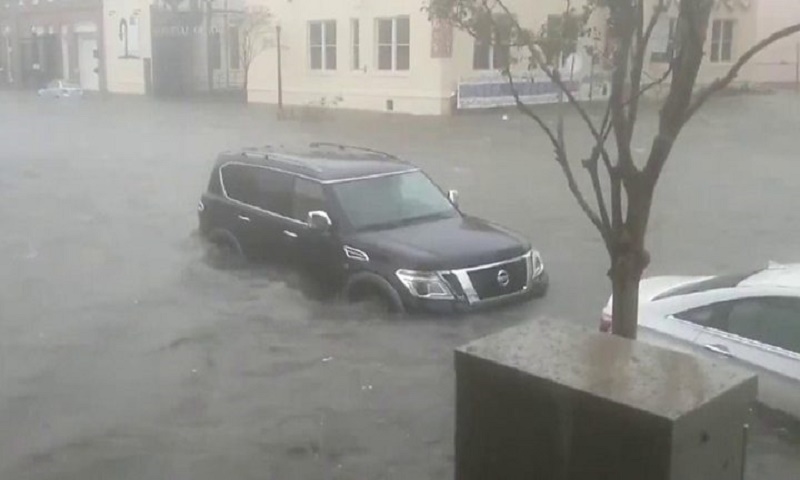 Tropical Storm Sally has left more than half a million Americans without power as its torrential rains and storm surges lashed the US Gulf coast.

Sally weakened after it made landfall as a Category 2 hurricane on Wednesday, but the slow-moving storm continues to batter Florida and Alabama.

One person was killed and hundreds were rescued from flooded areas, BBC reported.

Pensacola, in Florida, was badly hit, with a loose barge bringing down part of the Bay Bridge.

“Catastrophic and life-threatening flooding continues over portions of the Florida Panhandle and southern Alabama,” the National Hurricane Center (NHC) said.

One person died and another was missing in the town of Orange Beach, Alabama, the mayor said without giving further details.

The storm later become a tropical depression with winds decreasing to 35mph, but it has been the torrents of rainfall and high storm surges that have caused most damage.

As the storm moved north from the coast, some 550,000 residents in affected areas were left in the dark on Wednesday night, according to local reports.

Sally is one of several storms in the Atlantic Ocean, with officials running out of letters to name the hurricanes as they near the end of their annual alphabetic list.

Rainfall is being measured in feet rather than inches in some places, but 18in (45cm) has been recorded across many areas.