UK coronavirus cases surge by 4,422 in highest daily rise since May

Another 27 people have died with Covid-19 in the country, the Department of Health said 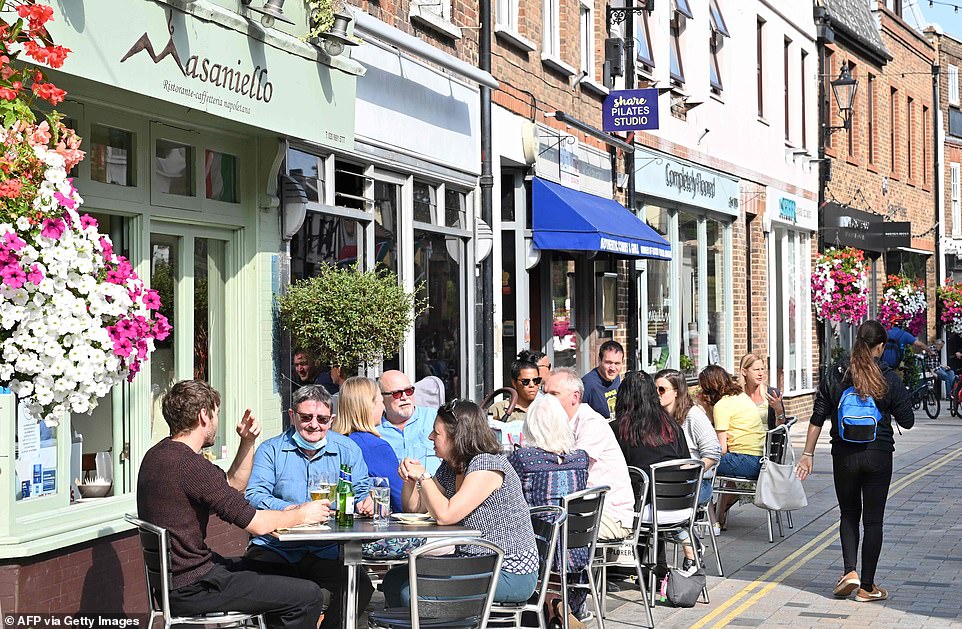 The number of confirmed coronavirus cases in the UK has risen by 4,422 according to the latest government figures, as ministers consider tough new restrictions amid a rising “second wave”.

The number of new cases in the past 24 hours is at a four month high for the second day in a row.

Saturday’s data confirmed a further 27 people had died within 28 days of testing positive for Covid-19, bringing the UK total to 41,759.

Though separate figures published by the UK’s statistics agencies show there have now been 57,500 deaths registered in the UK where Covid-19 was mentioned on the death certificate. 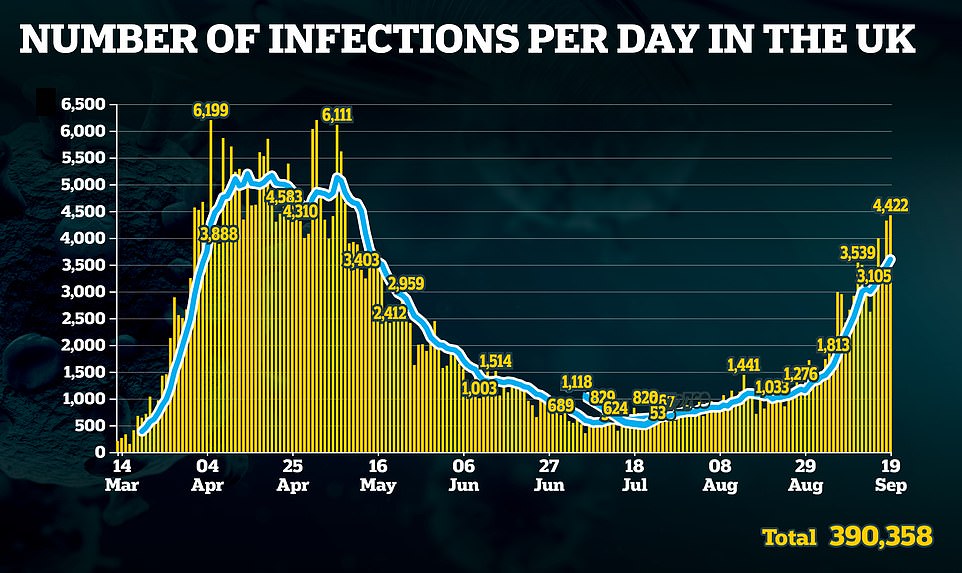 NHS England said a further 16 people who tested positive for coronavirus have died in hospitals in England.

It brings the total number of confirmed reported deaths in hospitals to 29,735.

Patients were aged between 69 and 97 and all had known underlying health conditions.

The dates of the deaths were between August 19 and September 18, with the majority on or after September 17. Five other deaths were reported with no positive Covid-19 test result.

Three new coronavirus deaths were reported in Scotland on Saturday.

According to Scottish Government data 2,505 people have died who have tested positive, while 4,236 deaths have been registered in Scotland where Covid-19 was mentioned on the death certificate.

A further 350 new cases have been reported. 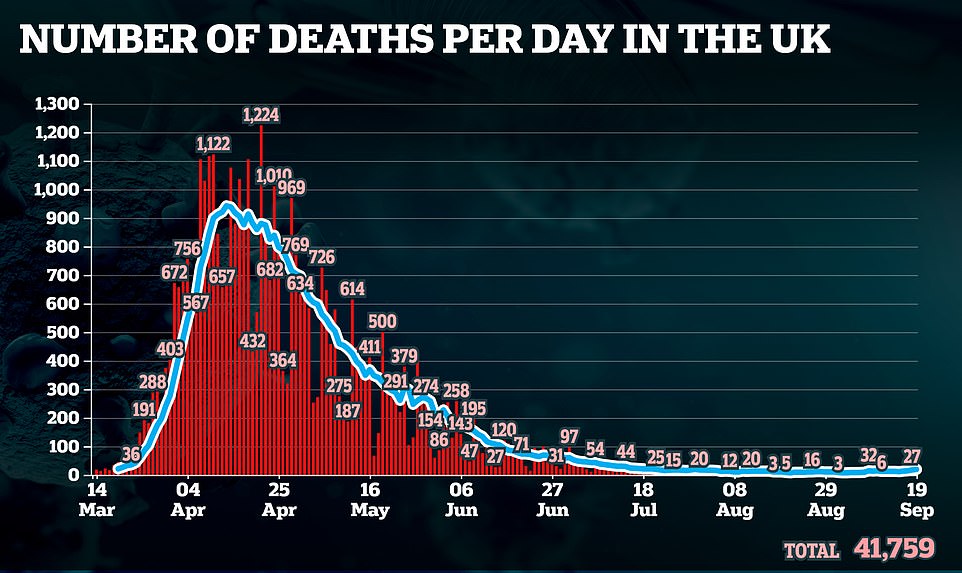 Two new deaths have been reported in Wales and a further 212 cases.

Northern Ireland no longer publishes official data on the number of Covid-19 deaths at the weekend.