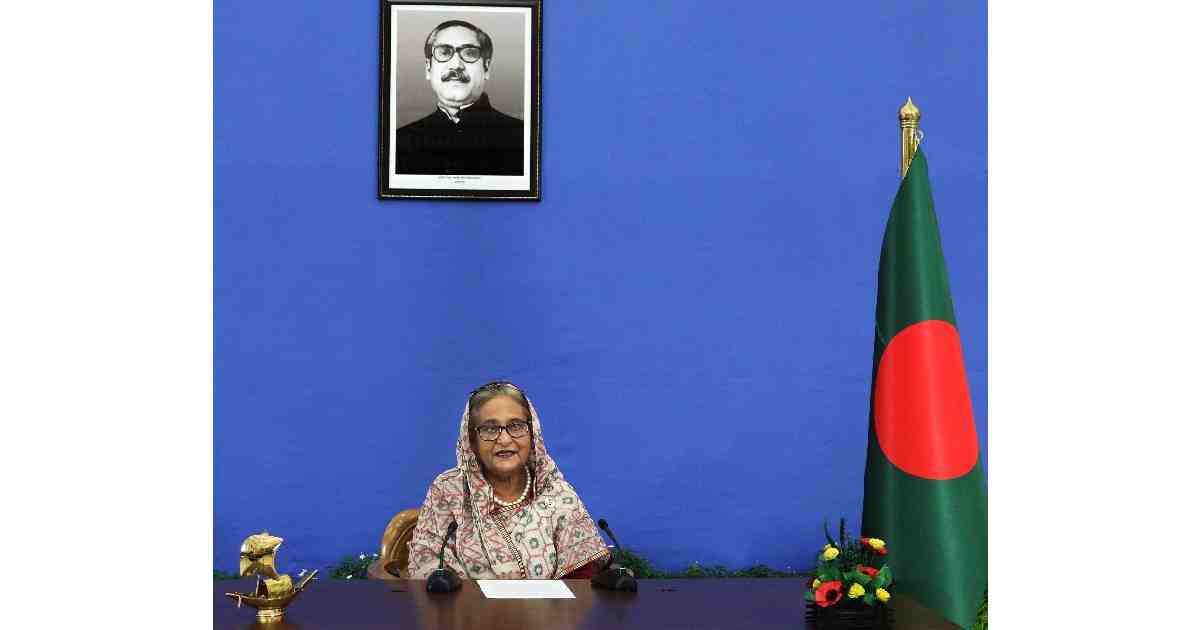 Mentioning that the Covid-19 pandemic has revealed the strength of digital services across the world, Prime Minister Sheikh Hasina on Wednesday said the government will set up digital academy and centre of excellence in every secondary school of the country by 2030.

Sheikh Hasina said this while addressing the high-level virtual event titled “Digital Cooperation: Action Today for Future Generations” held at the United Nations Headquarters in New York on the sidelines of the75th session of the UN General Assembly.

“As we’re set to transform Bangladesh into an advanced economy by 2041, we wish to place our younger generation at the centre of this transformative journey. Keeping this in mind, I would like to make the following pledges: Establish digital academy and centres of excellence in every secondary school of the country by 2030 considering the emerging job markets led by the Fourth Industrial Revolution,” she said.

In her video message, the Prime Minister said her government focus on digital connectivity has facilitated economic development and catalysed social changes, including women’s empowerment. “It’s helping SDGs’ implementation and fight against COVID-19,” she added.

The Covid-19 pandemic has revealed the strength of digital services and also exposed the stark digital divide.

Noting that around half of the world’s population does not have access to basic internet, Sheikh Hasina called for addressing the digital divide. “We must close this gap,” she added.

“In Bangladesh, we envisioned a “Digital Bangladesh” by 2021. Bangladesh has witnessed a boom in the internet due to the government’s push for digitalization,” Hasina said.

The total number of internet users stood at 103.48 million. “Our digitalization has afforded our people huge opportunities to become change-makers,” she added.

This high-level event convened by UNICEF/Generation Unlimited, ITU, UNDP and the Office of the Special Adviser to the Secretary-General featured three panels comprising heads of State and government, technology CEOs and eminent tech personalities, and youth voices focused on the key themes (Connect, Respect, Protect) of the UN Secretary-General’s landmark Roadmap for Digital Cooperation and its impact on future generations.

Muslim devotees bring out protest rallies against France in capital