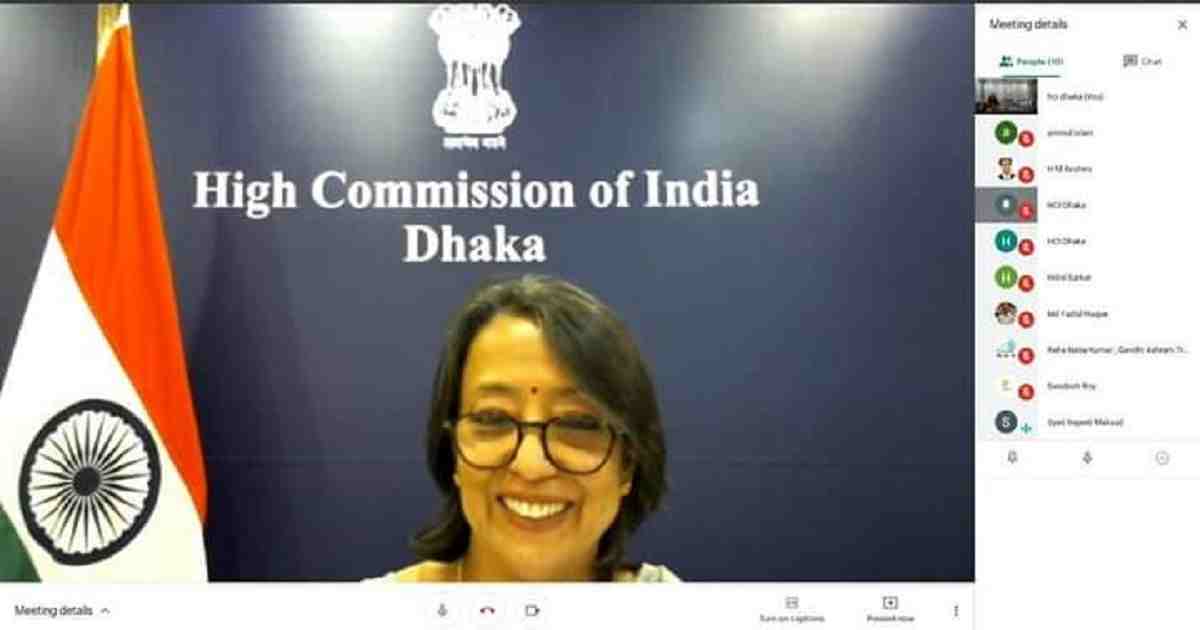 Dhaka, Sept 25 : Indian High Commissioner to Bangladesh Riva Ganguly Das on Friday said Bangladesh and India are partners in development and that the cooperation transcends mere transactions and is built on trust and mutual respect.

She made the remarks while addressing a webinar “Remembering Mahatma Gandhi” organized by High Commission of India as part of the commemoration of the 150th Birth Anniversary of Mahatma Gandhi.

October 2 would mark the finale of the two-year long commemoration of the 150th birth anniversary.

The High Commissioner said Gandhi Ashrams in Noakhali, Jamalpur, Atrai and Dohar are the torch bearers of the Gandhian principles in Bangladesh.

She paid tributes to both Mahatma Gandhi and Father of the Nation Bangabandhu Sheikh Mujibur Rahman.

The High Commissioner said that she was pleased to speak with participants from all Gandhi Ashrams in Bangladesh on a common platform. She urged them to work together to preserve this shared history of India and Bangladesh and to build on this cherished bond of friendship.

Swadesh Roy highlighted that the Gandhian model of development based on rural development is especially important today, amidst a global pandemic.

Syed Abul Maksud said that it is extremely important that the young generation should know and understand the Gandhian ideology.

Naba Kumar Raha described the various activities conducted by Gandhi Ashram, Noakhali for the support of the weaker sections of society.

Hilol Sarkar recollected how Nasiruddin Sarkar was inspired by Gandhian values to begin a Gandhi Ashram in Jamalpur in the 1930s.

The ashram continues to support the people by providing vocational training.