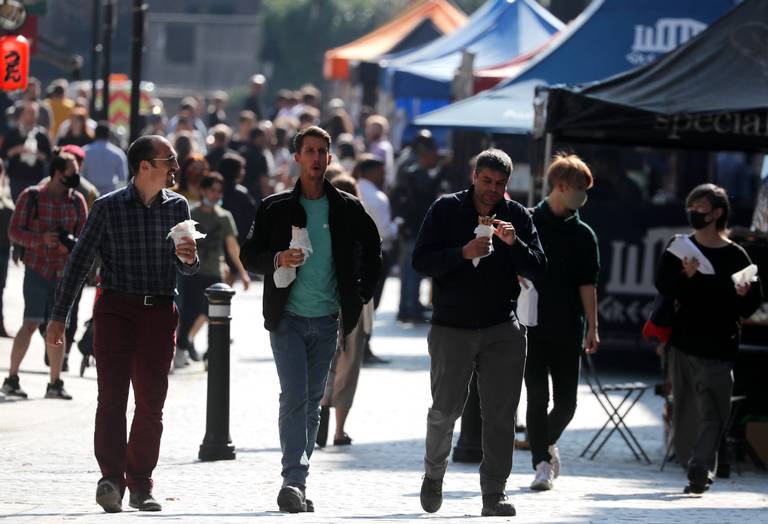 The number of UK coronavirus cases has risen by 6,874 and death toll has increased by 34 in the past 24 hours, according to the latest figures from the government.

The latest reported deaths from hospitals, care homes and the wider community, brings the total number of UK Covid-19 fatalities to 41,936.

Due to a power outage, the latest death figures do not include Scotland, however Nicola Sturgeon earlier confirmed there have been no new coronavirus deaths in the past 24 hours.

Overall, 423,326 coronavirus cases have been confirmed in the UK.

Separate figures published by statistics agencies show there have now been 57,500 deaths registered in the UK where Covid-19 was mentioned on the death certificate. 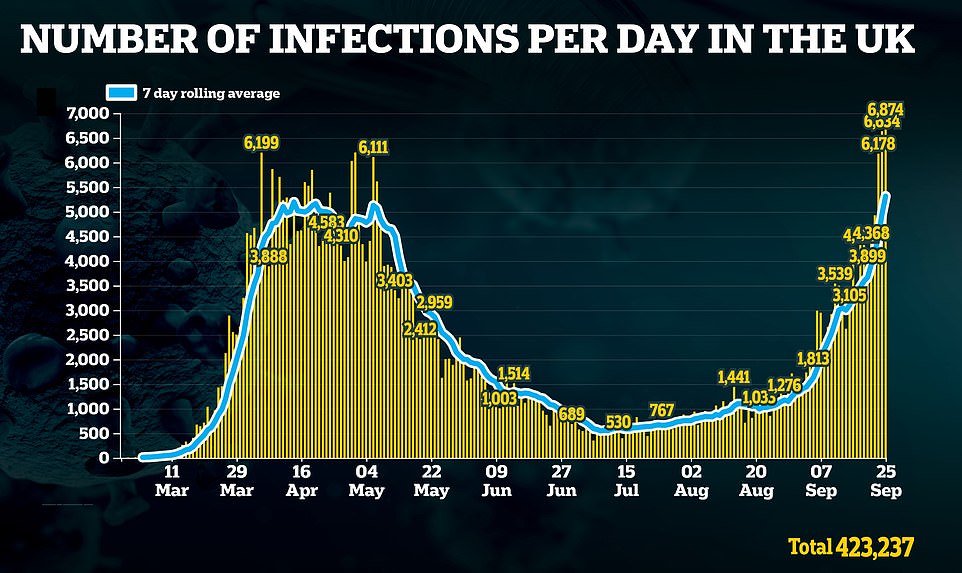 A further 33 people who tested positive for coronavirus have died in hospital in England, bringing the total number of confirmed deaths reported in hospitals to 29,871, NHS England said on Friday.

Patients were aged between 56 and 93 and all except two, aged 84 and 88, had known underlying health conditions.

The deaths were between April 21 and September 24.

Two other deaths were reported with no positive Covid-19 test result.

There have been a further 320 confirmed cases of Covid-19 in Wales, bringing the total in the country to 22,215.

Public Health Wales said three further deaths had been reported, with the total since the beginning of the pandemic increasing to 1,609. 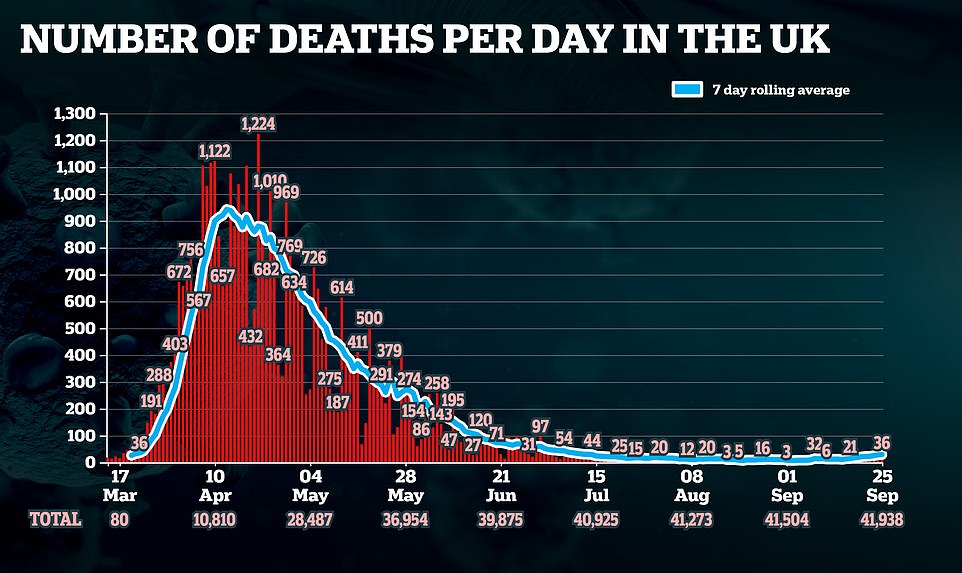 A total of 558 people have tested positive for coronavirus in Scotland in the past 24 hours, Nicola Sturgeon said – a new daily record.

Speaking at the Scottish Government’s daily briefing, the First Minister said 26,518 people have now tested positive in Scotland, up from 25,960 the day before.

No deaths of confirmed Covid-19 patients have been recorded in the past 24 hours and the number of Covid fatalities remains at 2,510.

There are 89 people in hospital confirmed to have the virus, up by four in 24 hours.

Of these patients, 11 were in intensive care, up by one.

In the last 24-hour reporting period, the Department of Health has recorded 273 new cases of Covid-19, but no new deaths – leaving its official toll at 577.

The figures bring the total number of infections to 10,223 – including 1,236 in the last seven days.

Over the last 25 weeks in total, 1,181 ‘excess deaths’ (deaths above the average for the corresponding period in previous years) have been registered in Northern Ireland.